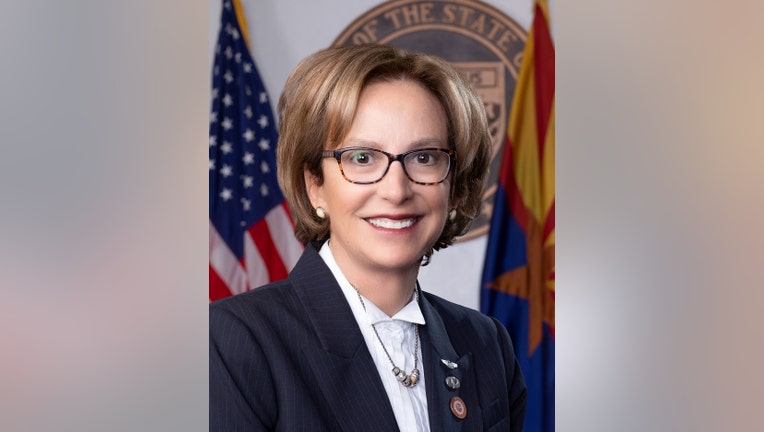 PHOENIX (AP) - The Arizona Supreme Court says an attack ad aired during a contentious congressional primary campaign was protected by the First Amendment.

In a 4-3 ruling on Tuesday, the court sided with Wendy Rogers, who is now a Republican state senator with a national profile for trumpeting false claims that former President Donald Trump lost the 2020 election because of fraud.

Rogers was sued over a radio ad she aired during the 2018 GOP primary in Arizona’s 1st Congressional District, in which she faced Steve Smith, a state lawmaker who worked as a modeling agent. Smith posted a profile on a modeling website that had been the subject of allegations that it was linked to sex trafficking.

Rogers won the primary but lost to Democrat Tom O’Halleran in the general election.

The contested ad said: "Smith is a slimy character whose modeling agency specializes in underage girls and advertises on websites linked to sex trafficking."

After the campaign, Pamela Young, who owned the modeling agency that employed Smith but wasn’t directly named in the ad, sued Rogers for defamation. Young conceded that the words were true on their face but argued that they created the false implication that her agency was involved in sex trafficking.

Rogers argued that her statements were protected by the free speech guarantee in the First Amendment. The Supreme Court agreed, finding that allowing the case against Rogers to proceed under the circumstances would "inevitably and intolerably chill political speech."

While "politicians are not immune from liability for defamatory statements that rain shrapnel upon innocent third parties in the heat of political battle," Justice Clint Bolick wrote, Young wasn’t named, and the implied allegations against her business weren’t obvious enough to allow the case to continue. He was joined in the opinion by Justices John Lopez, James Beene and Kathryn King.

But other justices disagreed.

The allegations against Young’s business were obvious, and she didn’t need to be named for listeners to identify her as the subject of the claim, Timmer wrote. She was joined in her opinion by Chief Justice Robert Brutinel and Court of Appeals Judge Philip Espinosa, who heard the case in place of Justice Bill Montgomery, who recused himself.