DeWit replaces firebrand Trump ally Kelli Ward, who helped the former president in his efforts to overturn his 2020 election loss and was a vocal proponent of his false claim that the election results were fraudulent.

Bejarano’s victory is a blow to Gov. Katie Hobbs, who had recruited Maricopa County Supervisor Steve Gallardo to seek the position.

The new rules will allow emails in a Arizona House or Senate member’s legislative account to be destroyed 90 days after they are sent or received.

In the month since President Joe Biden signed a law that bans the use of any app by TikTok's China-based parent company on federal devices, a growing number of communities are following suit, including the town of Fountain Hills. FOX 10's Lauren Clark reports.

If House Bill 2486 is passed, a psylocibin research advisory council would be established to study the impacts of the drug.

The order states that the commission will inspect prison facilities and records, as well as speak with staff and inmates on the accessibility and quality of mental health, medical care, drug treatment programs, and nutrition within Arizona prisons.

Gallego, a 43-year-old military veteran first elected to Congress in 2014, had made no secret of his interest in challenging Sinema, a longtime rival in Arizona politics who has been a roadblock and irritant to Democrats during Joe Biden’s presidency.

Protestors took to the Arizona capitol this weekend arguing against what many are calling anti-LGBTQ bills that were just proposed in the state legislature.

Arizona Attorney General Kris Mayes announced her office “will pause all requests for warrants of execution while the review process is pending.”

Harris visited Tonopah for the groundbreaking of the Ten West Link Transmission Line, an energy infrastructure project intended to connect power grids in Arizona and California.

A group of state lawmakers in Arizona have introduced a bill that they say can make groceries more affordable for some residents, but not everyone is onboard with the idea. Here's what you should know about HB 2061.

In an 11-page ruling, the three-judge panel rejected the Arizona Republican Party’s argument that mail-in voting violates the secrecy clause in the state Constitution.

Part of Governor Katie Hobbs' budget plan involves a rollback of universal school vouchers that was previously passed by the state legislature, and that proposal is now being met with opposition.

The governor’s office said the expansion is siphoning money from underfunded public schools and would cost $1.5 billion dollars over the next decade.

Weeks after she was sworn into office, Arizona Governor Katie Hobbs has released a budget that includes just over $17 billion in spending for the 2024 Fiscal Year.

For the November 2022 election in Arizona, it took nearly two weeks for election workers in Maricopa County to finalize the results, and the county's recorder is now proposing changes. 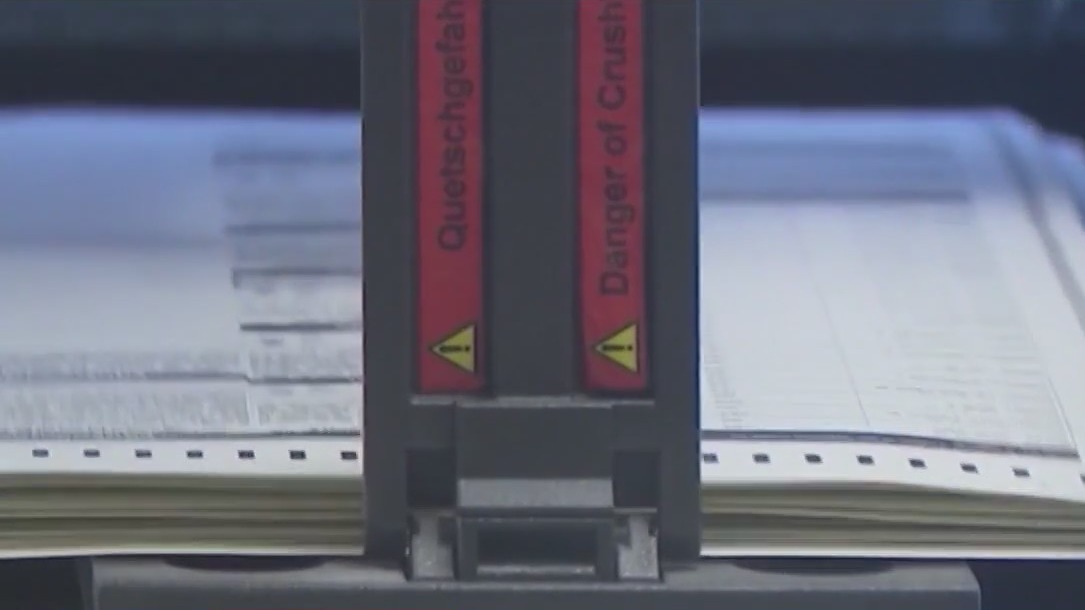 For the November 2022 election in Arizona, it took nearly two weeks for election workers in Maricopa County to finalize the results, and the county's Recorder is now proposing changes. FOX 10's Nicole Garcia reports.

Arizona Sen. Kyrsten Sinema lead a group of U.S. senators to the southern border on Jan. 10. Tuesday's visit to Yuma follows the bi-partisan group's tour in El Paso, Texas, where resources are strained from a flood of migrants.