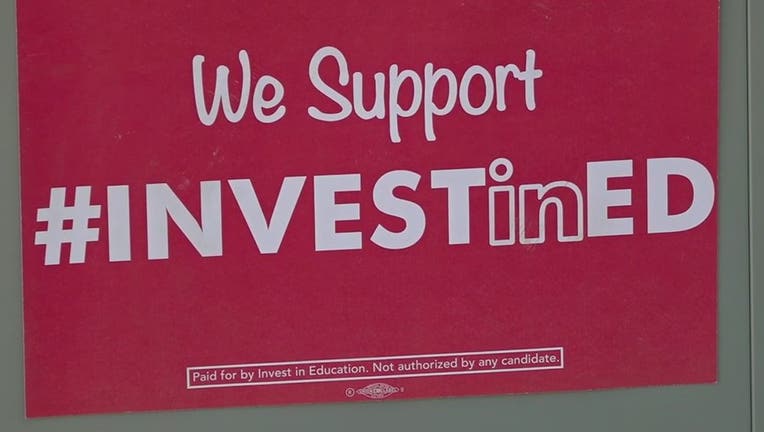 PHOENIX - The Arizona Supreme Court on August 19 rejected a lower court ruling and restored a citizen’s initiative that would raise taxes on the wealthy to help boost education funding to the ballot.

The unanimous ruling is a major victory for proponents of the initiative who turned in signatures from more than 400,000 voters to qualify it for the ballot. The Secretary of State’s office has not yet completed its review of those signatures to determine if it will go before voters on November 3.

The high court rejected a July 31 ruling by Maricopa County Superior Court Judge Christopher Coury, who had agreed with opponents that the 100-word summary on petitions voters signed inaccurately described the measure. Coury also found that a bonus system the petition company used to award some circulators violated a law that bans paying them per signature.

The Supreme Court rejected both parts of Coury’s ruling in a brief decision.

“Upon consideration, the Court unanimously finds that the 100-word description did not create a significant danger of confusion or unfairness and reverses the trial court ruling,” the decision signed by Chief Justice Robert Bruitinel said. “The Court also unanimously finds that evidence of the compensation structure and incentives presented at trial did not warrant the invalidation of the circulators’ petitions” under the law.

Backers of the Invest in Education Act see it as a way to pump about $940 million a year into the state’s underfunded school system. The proposed initiative is backed by many educators and the state teachers union. It would impose a 3.5% tax surcharge on income above $250,000 for an individual or above $500,000 for couples.

“Today’s ruling by the Arizona Supreme Court keeping Invest in Education on the November ballot is an important victory because it gives millions of Arizona voters the opportunity to put more resources into our schools,” Amber Gould, chairwoman of the Invest in Education campaign, said in a statement. “We are confident voters will say ‘yes’ to improving Arizona’s K-12 schools by voting Yes on Invest in Education this November.”

The measure was opposed by a group led by Jaime Molera, a former state superintendent of public instruction, and backed by the Arizona Chamber of Commerce and Industry.

Coury wrote that backers failed to include five “principal provisions” in the summary, an omission that the state Supreme Court said in 2018 merits removing the measure. That ruling blocked an earlier effort by the same group to raise taxes on the wealthy to boost education funding.

And Coury’s ruling criticized backers of the measure saying they did not follow the guidance provided by the high court on the earlier measure.

If approved by a majority of voters, half of the new tax will be used for raises for credentialed teachers, 25% to boosting wages for cafeteria workers, bus drivers and other support staff, and the rest for teacher training, vocational education and other initiatives.

The initiative was the latest outgrowth from a teachers strike two years ago that highlighted low wages for educators and a slow rebound from budget cuts enacted during the Great Recession. The walkout secured higher wages for teachers, but many education interest groups said it fell short.

Three other initiatives that appeared to have filed enough signatures to qualify for the ballot also faced court challenges and are before the high court, which faces a Friday publicity pamphlet printing deadline.

A measure to legalize recreational marijuana has been certified by the Secretary of State and survived a lower court challenge, but opponents are appealing to the high court.

Another forbidding surprise medical billing was thrown off the ballot by a trial judge last week for an unclear 100-word summary and because of challenges to its qualifying signatures. Proponents are also appealing to the Supreme Court.

The fourth measure, overhauling the state’s criminal sentencing rules, was kept on the ballot by a lower court judge on a similar challenge, but the Secretary of State found proponents hadn’t turned in enough signatures.

Backers of the Second Chances initiative are asking a trial court judge to allow enough rejected signatures to be counted to make the ballot. Opponents are also asking the high court to throw it off the ballot.