An Army soldier is doing all he can to rescue his best buddy — and deliver the little guy from a war zone to safety.

U.S. Army Specialist Howe, who is currently deployed overseas, got the surprise of his life when he spotted a little puppy recently.

The pup had discovered a way to sneak onto the base.

The small dog ran through a gate and immediately clung to the soldier, Howe told Paws of War, an animal rescue nonprofit based in New York.

The scared puppy was apparently seeking shelter from the "cruel" and "dangerous" conditions of the area outside. 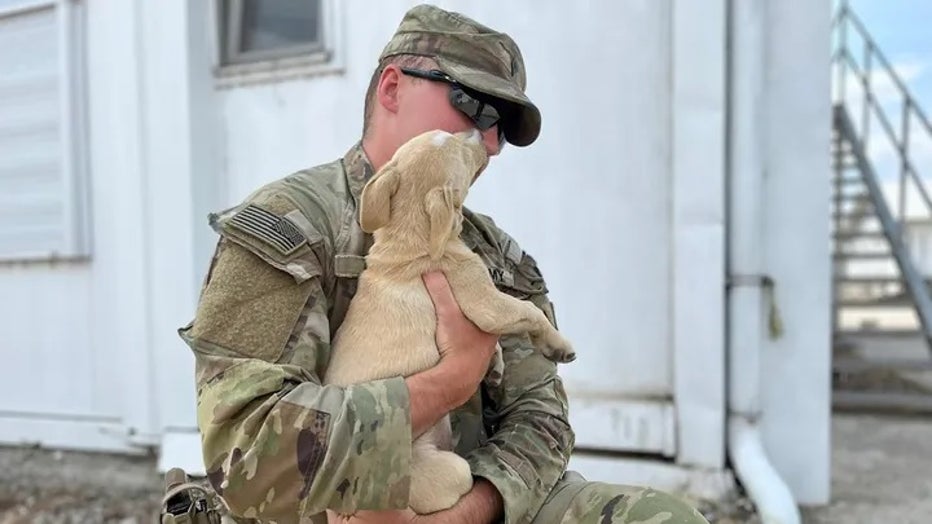 "It was as if he knew me," the soldier said.

Howe named the puppy Doc and gave him food and water, since he was "very dehydrated and desperately hungry."

Now, Doc refuses to leave the soldier's side.

He's given the whole camp a "much-needed morale boost," Paws of War shared with Fox News Digital in a statement.

"He walks around his newfound family members, wagging his tail and giving kisses in exchange for a few belly rubs," the organization said. 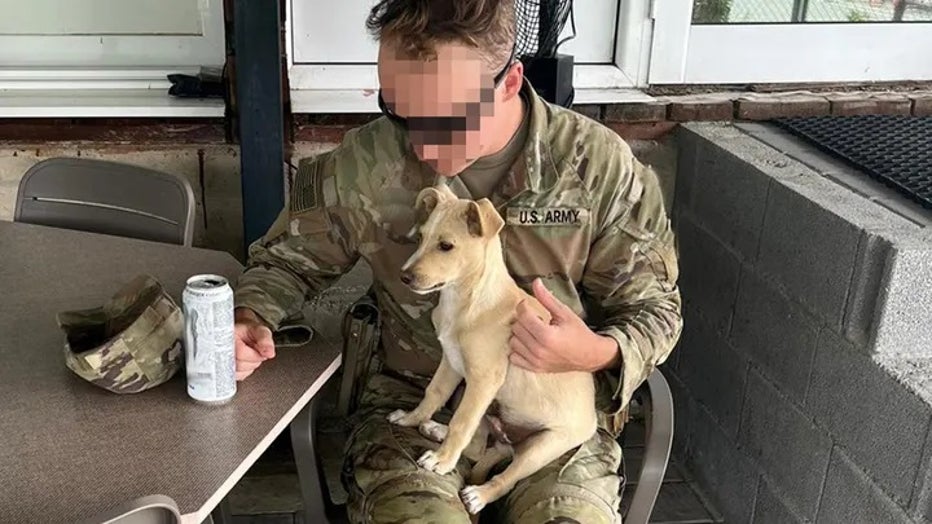 Army Specialist Howe, whose identity needs to be kept private for security reasons, sits with his rescued puppy, Doc. (Paws of War)

The other soldiers joke around with Howe, calling Doc his "shadow," since the dog is "constantly behind" him.

"I love having him with me."

US SOLDIER IS TRYING TO RESCUE THIS SWEET, HELPLESS PUPPY FROM THE MIDDLE EAST

Howe admitted that he and his fellow soldiers "sleep better at night" just having Doc close by.

The soldier promised his pup that he would do "everything [he] could not to leave him behind" — which would require shipping the puppy home to Kentucky.

This small puppy rescued overseas snoozes at the foot of an Army soldier. (Paws of War)

Paws of War was eventually contacted to help the soldiers get the job done — and the group obliged.

"I can finally keep my promise to Doc," said the serviceman.

Howe explained to Paws of War that as a proud infantryman, he took a pledge to "help and protect" — so saving Doc comes as an "indescribable relief."

"And he deserves to come home with me where he'll be safe."

Doc is currently being kept in foster care while he awaits a flight out to the United States. Officials are not sure of the dog's breed as of yet; they plan to run DNA tests once the animal is on U.S. soil.

The New York-based Paws of War, headed by co-founder Robert Misseri, has brought over 300 dogs and cats — all rescued by American troops overseas — to safety in the U.S. since 2014, according to its website.

"Doc may be just one dog overseas, but it’s one dog's life that we can change and prevent his soldier from feeling the guilt of having to leave him behind," Misseri told Fox News Digital.

The co-founder explained that he's heard many heartbreaking stories of military members who've had no choice but to leave their pets behind — and how it "forever weighs so heavy on their heart."

"We have the opportunity to change that now," he said. "They both deserve to be together."

Just within the last few months, Misseri and the Paws of War team have completed more than 22 international missions.

That includes the reunion of two Navy sailors and their rescue dogs — pups that were saved from near-certain death in the Middle East.

"I didn't know what to do because we had to leave, and I could not live without them," veteran Coreen Johnson said in a Fox News Digital interview. 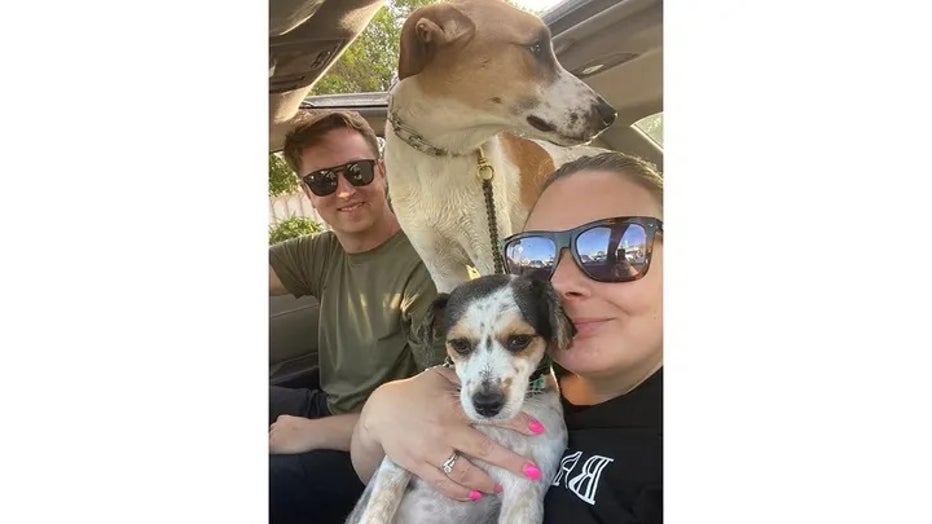 The pups named Ruby and Sunny were successfully shipped to their owners last month, after the married couple relocated to Japan.

"We're just happy to have them with us."

Donations for Doc's rescue mission and the rescue missions of scores of other animals are currently being accepted at pawsofwar.networkforgood.com.