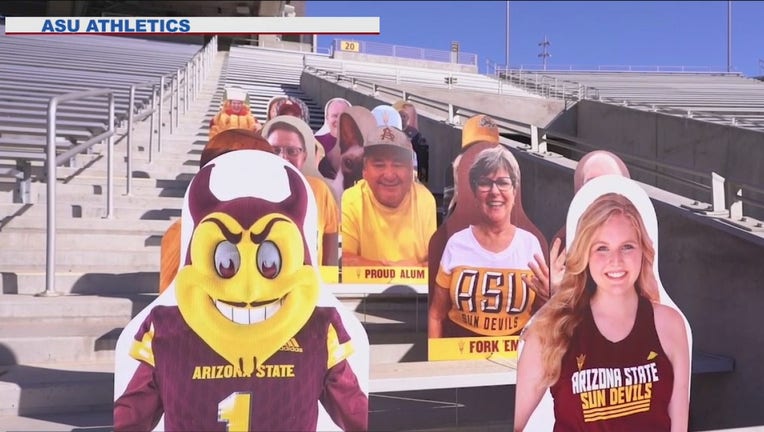 PHOENIX - It’s been a little strange in 2020, as people watch sports with few to no crowds in the stands.

Now, Arizona State University is offering people a chance to have their presence known, while staying safe at home.

ASU officials say for $50, fans can be at the game via a cutout of them, their dog, their mother, whoever they wish. ASU Athletics worked with the ASU Print Lab on the endeavor. It’s a way to tell the devils to 'fork 'em' while watching from the safety of their home.

For Matt Blakley, the opportunity was too good to pass up.

"I figure it would be pretty cool to have us both there," said Blakley.

The photo of Blakley on his dad's shoulders, taken during the 80s, means a lot. The family has been season ticket holders for decades, and Blakley's dad died a few years ago. This is a way for his memory to still be in stands.

In just a few days of sales, already more than 500 fans have bought cutouts, and 1,000 students to make sure even in a silent stadium, the Devils know the crowds are cheering loud across the state.