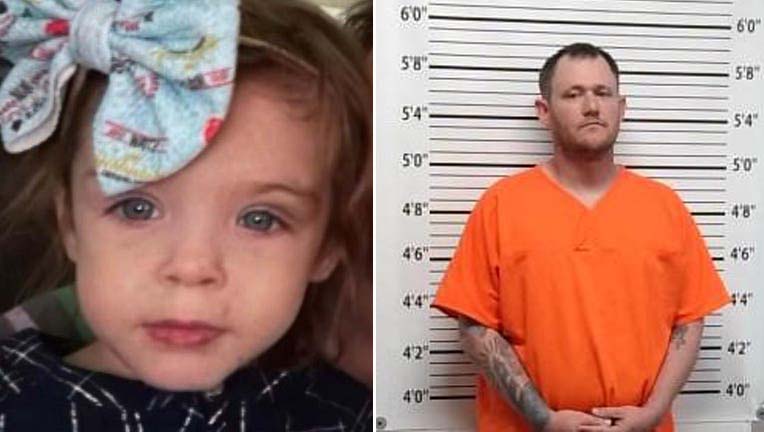 ANADARKO, Okla. - A man charged in the Christmas Day beating death of a 4-year-old Oklahoma girl has been returned to the state.

Ivon Adams III, 36, was booked into the county jail Thursday night, the Caddo County Sheriff’s Office said on its website.

Adams was arrested last week in Arizona on murder and child neglect charges in the death of Athena Brownfield in the town of Cyril, about 70 miles southwest of Oklahoma City.

The girl was reported missing Jan. 10 when a postal carrier found her 5-year-old sister alone outside the home where she lived with Adams and his wife, Alysia Adams. Alysia Adams, 31, is charged with two counts of child neglect in the case.

Court documents do not list an attorney who could speak on Adams’ behalf.

A gag order has been issued in the case against Alysia Adams at the request of her court-appointed attorney.

An affidavit for Ivon Adams’ arrest alleges he beat the girl to death the night of Dec. 25 and later buried her on property he and his wife once owned near the nearby town of Rush Springs, where authorities found a child’s body on Tuesday.

The child’s body has not been identified and was sent to the state medical examiner’s office for identification and to determine the cause of death.