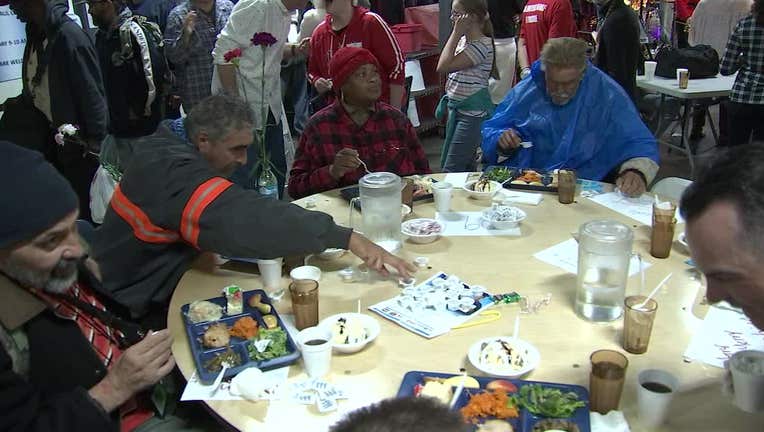 PHOENIX - Hundreds of athletes and musicians came together at St. Vincent de Paul on Wednesday to make sure everyone had a warm meal on Christmas Day.

It's an annual tradition organized by the nonprofit Champions for the Homeless, which was founded 14 years ago by retired Kansas City Chiefs kicker Nick Lowery. Lowery brought several NFL legends together, and the group served nearly 1,000 homeless men and women on Wednesday.

The event also brought in families to volunteer and give back.

Chief Program Officer Jessica Berg says her staff serves food to the homeless each day, but it's Christmas, and this is a celebration.

"As we told all of these volunteers, more than the food or anything, the most important thing is to be with people and look people in the eye and give them love," said Berg. 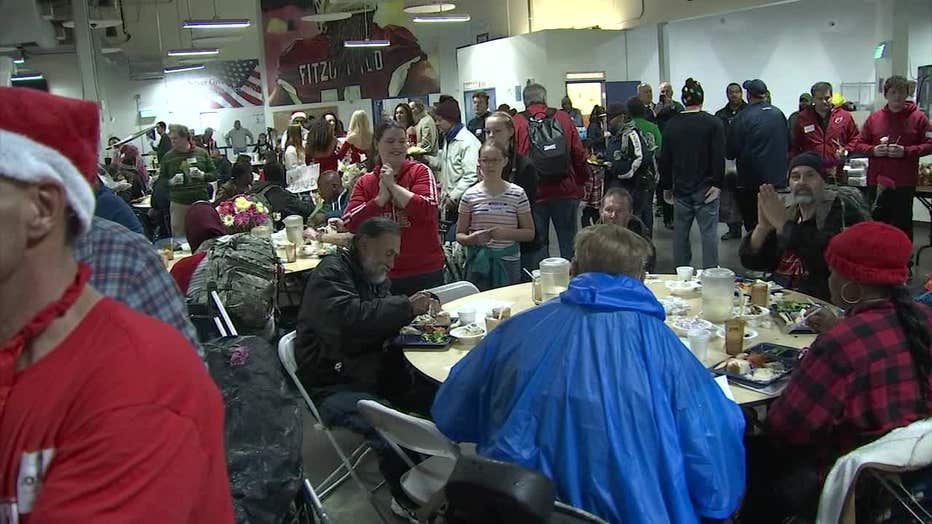 Every Christmas, Champions for the Homeless rallied Hall of Fame and Super Bowl champion athletes, as well as musicians, to host a holiday meal for nearly a thousand homeless men and women.

"We want to thank everybody who realizes that on the day of Christmas, it's really more about giving to people that are going through a tough time," said Lowery. "That's the best Christmas present we actually give ourselves."

"Everybody Merry Christmas, on behalf of the Arizona Cardinals, all of our alumni and our cheerleaders, all of our volunteers," said Michael Bidwill.

Fox 10 Sports Anchor Richard Saenz was also a big part of the festivities, as volunteers handed out clothing, gift certificates and flowers to the homeless. 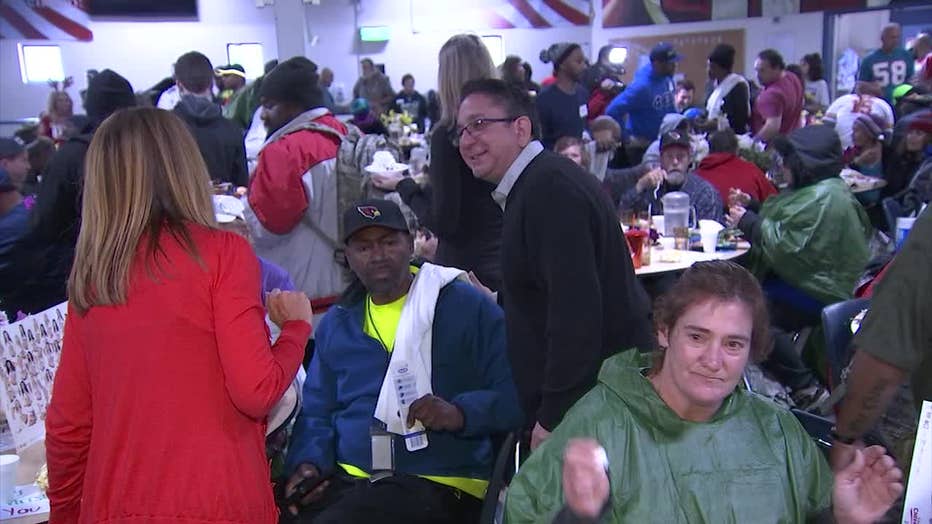 Berg says it's all about making them feel important on a day so many are ignored.

At the event, eight guests were gifted with $19,000 scholarships to Sigma College University Trade School, which teaches needed skills and providing the potential of jobs to the homeless.