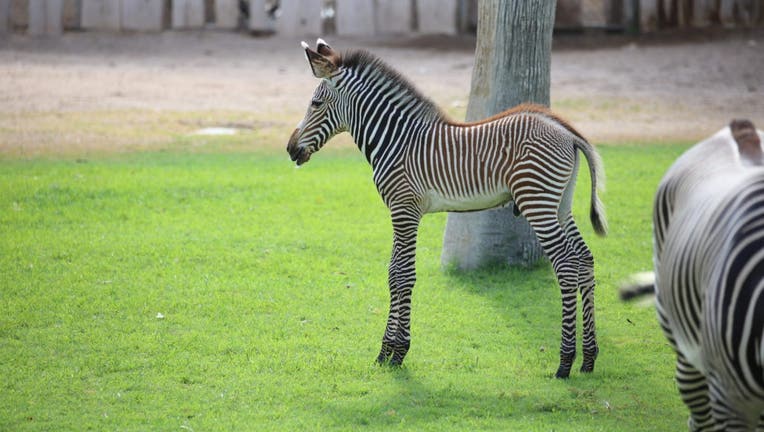 TUCSON, Ariz. - The Reid Park Zoo in Tucson is mourning the loss of a Grevy's zebra foal that was found dead next to his mother.

Officials say the foal was born on July 4 and a preliminary exam indicates it likely died from a spinal injury.

“Yesterday, during morning animal health checks, the young zebra was found lying next to his mother. At this point initial radiographs show a fracture in his cervical spine, however, we are uncertain of the nature of the injury or how he sustained it,” said Dr. Sue Tygielski, Director of Zoological Operations. “Zebras as a species can become easily startled and, sadly, young zebras have a high mortality rate.”

Zoo officials say they are keeping a close watch of the foal's mother, Anna, following his death.

The zoo faced challenges during the summer, with a prolonged closure due to COVID-19 and recent deaths of two of its elderly animals.

Grevy’s zebras are endangered with fewer than 2,000 of the species remaining in the wild, according to the zoo.