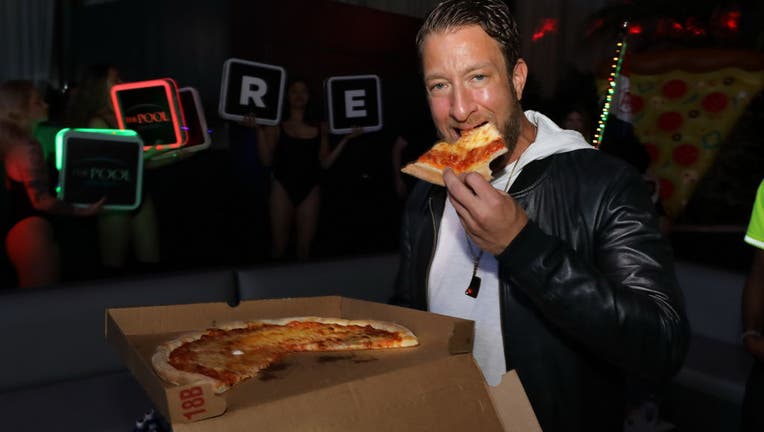 David Portnoy of Barstool Sports hosts The Pool After Dark at Harrah's Resort on Saturday May 11, 2019 in Atlantic City, New Jersey.

Last month, Portnoy launched the fundraising effort with the nonprofit 30 Day Fund for small businesses impacted by COVID-19 called "The Barstool Fund" and contributed $500,000 of his own money toward the effort.

"Once you are in our program, we will pay whatever you need, the necessities you need, the money you need to get through this thing and give you a fair chance to run your business," Portnoy said earlier this month. "These people aren’t going out of business because they’re not successful or not making money, it’s because they have no other choice. They’ve been dealt a hand that nobody could play."

Portnoy announced the fund on social media in a Dec. 17 tweet, calling on local businesses to submit their stories to  barstoolfund@barstoolsports.com to be considered for the fund.

Since the creation of the fund, Portnoy has posted various video submissions from restaurant owners who like so many other businesses have been devastated by the economic impacts of the ongoing global COVID-19 pandemic.

Connie R. Mama, owner of Mama Mia 44 SW, told Portnoy during a Tuesday phone call posted to Twitter that she was "so moved" by the effort and appeared to get choked up.

"My mom just passed in January, and I told her before she died, 'Mom, don't worry. I'm going to take care of the business,'" Mama said.

Portnoy has gained attention on social media for his criticisms of government officials for imposing restrictions that he says have made it difficult for businesses to operate during the pandemic. Earlier this month, Portnoy took aim at New York Gov. Andrew Cuomo following his decision to temporarily ban indoor dining at New York City restaurants, arguing in a viral video that "politicians are stealing the basic right to earn a living."

FOX News and FOX Business contributed to this story.