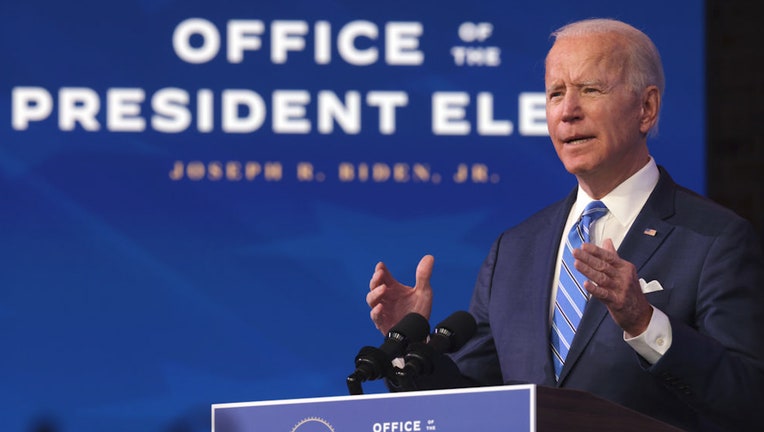 FILE - U.S. President-elect Joe Biden speaks as he lays out his plan for combating the coronavirus and jump-starting the nation’s economy at the Queen theater January 14, 2021 in Wilmington, Delaware.

The Florida Panhandle organization’s executive committee voted last month, deciding that its officials should not cooperate with Biden’s administration.

The organization said in a statement that the future of the Republican Party lies in Florida and that its members have an obligation to protect its conservative values, according to the Pensacola News Journal.

"Since the Panhandle has long been the conservative backbone of the state, we have an obligation not only to our community, but to our republic, to proudly defend the values that Made America Great. Tonight’s (Dec. 7) vote makes clear that the Bay County Republican Party is prepared to continue to stand with President Trump and leaders that hold the conviction to fight for the American people and our Constitution," Bay County Republican Party Chairman Debbie Wood said in a written statement.

RELATED: Inauguration Day 2021: Schedule of events to watch on and before Jan. 20

The resolution, which was widely circulated on social media, notes the party would only refer to Biden’s administration as "President-imposed" without Trump’s concession and will encourage Bay County Republican officials to not cooperate with "an illegitimate Biden Administration on any matters that infringe upon the Constitutionally protected rights of our citizens."