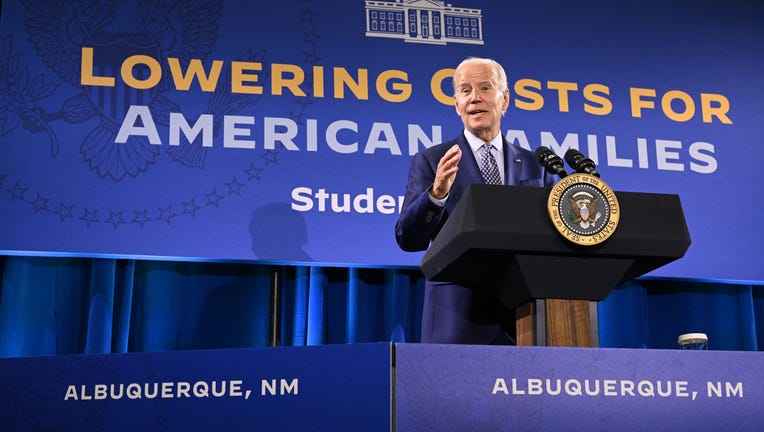 Like past speeches, Biden tore into Repubilcans who oppose the plan, specifically calling out Reps. Marjorie Taylor Greene and Vern Buchanan for criticizing student loan relief after they had government loans forgiven during the pandemic.

The speech came a little more than 10 days after an appeals court temporarily halted the plan from moving forward while it considers a motion from six Republican-led states to block the loan cancellation program. The stay ordered the Biden administration not to act on the program while it considers the appeal.

The stay was issued just one day after another federal judge dismissed the Republican states’ effort to block the plan.

U.S. District Judge Henry Autrey in St. Louis wrote that because the six states — Nebraska, Missouri, Arkansas, Iowa, Kansas and South Carolina — failed to establish they had standing, "the Court lacks jurisdiction to hear this case."

Biden’s plan calls for $10,000 in federal student debt cancellation for those with incomes below $125,000 a year, or households that make less than $250,000 a year. Those who received federal Pell Grants to attend college are eligible for an additional $10,000. The plan makes 20 million eligible to get their federal student debt erased entirely.

READ MORE: How to apply for student loan debt forgiveness

The announcement in August immediately became a major political issue ahead of the November midterm elections.

Watch: Speaking at Delaware State University, Biden blasted Republicans in Congress for criticizing student loan relief when some of them have had millions of dollars in pandemic relief loans forgiven.

In a speech given at Delaware State University in late October, Biden said Republican "outrage is wrong and it’s hypocritical."

He added, "I don’t want to hear it from MAGA Republican officials."

Asked Biden, "Who the hell do they think they are?"