Facts about mental health and the Black community

In 2019, suicide was the second leading cause of death for African Americans between 15 and 24 years old.

This year’s theme for Black History Month is "Black Health and Wellness," set by the Association for the Study of African American Life and History. The theme not only commemorates African Americans who made contributions to medicine but also highlights ongoing issues within the Black community, including mental health.

"Black Health and Wellness not only includes one’s physical body, but also emotional and mental health," the organization said on its website. "At this point in the 21st century, our understanding of Black health and wellness is broader and more nuanced than ever." 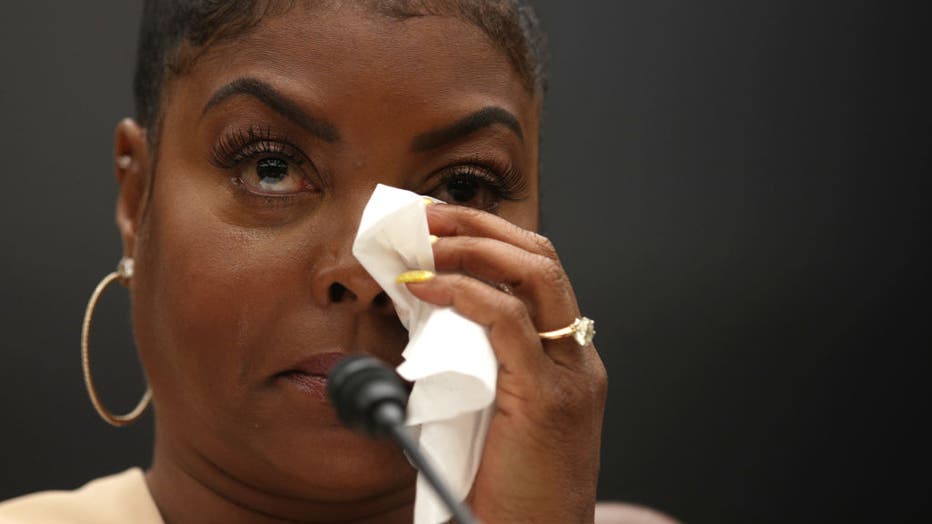 Amanda Mims of Jackson, Mississippi, said she has battled depression and anxiety since childhood and currently struggles daily with them, with the COVID-19 pandemic exacerbating her condition.

She even wrote a suicide letter in 2007.

Mims, now 36, said she has been seeking therapy since she was a college student.

"I moved from D.C. to Mississippi in the early months of the pandemic so I knew that I needed support on a huge level," she told FOX Television Stations. "However, how could I navigate it during a pandemic? That is where the online therapy platform, BetterHelp, came into play. I discovered my therapist on there and have been actively seeing him for the bulk of this pandemic."

Mims said therapy and writing have been a crucial help in overcoming her battles.

"Writing is healing and therapeutic for me, and my therapist has encouraged me to do some life-changing writing," she continued.

Psychologists say mental health challenges are prevalent in every culture.

"Mental health is the capacity or ability to cope with life's stressors and life's changes," Dr. Joanne Frederick, a Washington, D.C.-based licensed mental health counselor, told FOX Television Stations. "So, in theory, everyone has mental health, it just depends on an individual's range of mental health from poor mental health to healthy mental health."

Reasons for mental health challenges in the Black community

Psychologists cite several reasons for mental health issues within the Black community, including being the victim of racism.

There were nearly 1,000 more hate crimes committed in 2020 and over 2,800 more victims compared to 2019, with 63% of 2020’s hate crime offenses related to race, ethnicity or ancestry biases, according to updated statistics released by the FBI in October 2021.

Some experts point of the lack of treatment for African Americans exacerbates the problem.

The stigma of having mental health challenges in the Black community

According to the National Alliance on Mental Illness, negative attitudes and beliefs towards people who suffer from mental health challenges are prevalent within the U.S. and can be particularly strong within the Black community.

One study showed that 63% of Black people believe that a mental health condition is a sign of personal weakness.

Some experts say that stigma leaves many African Americans to quietly seek mental help outside of a counseling office.

"Other barriers to help seeking have been mistrust of the medical system and gatekeeping by the Black church," Shabazz explained. "Many still believe that there’s no need to go and sit on a stranger’s couch when they can find what they need in the safety and comfort of a pew, or in prayer with the pastor."

Mims said she hopes the stigma can be erased.

"Honestly, Black people DESERVE to be mentally healthy and whole," she added. "We have endured eons of trauma and we deserve an infinite amount of healing."

"More discussions about how normal mental health challenges are can reduce stigma," Orbe-Austin continued. "Also seeing individuals with whom they can relate, such as celebrities and other individuals in their lives who they respect (e.g. family members, friends, religious figures) can also make it easier to explore mental healthcare."

He also noted the medical community needs to do more to cater to African Americans.

According to the American Psychiatric Association, approximately 11% of African Americans are not covered by health insurance, compared with about 7% for non-Hispanic whites.

Black Emotional and Mental Health Collective: "We are a collective of advocates, yoga teachers, artists, therapists, lawyers, religious leaders, teachers, psychologists and activists committed to the emotional/mental health and healing of Black communities."

Black Women’s Health Imperative: "We target the most pressing health issues that affect Black women and girls in the U.S. through investments in evidence based strategies, bold programs and advocacy outreach on health policies."

CLICK HERE https://afsp.org/risk-factors-and-warning-signs for the warning signs and risk factors of suicide. Call 1-800-273-TALK for free and confidential emotional support.