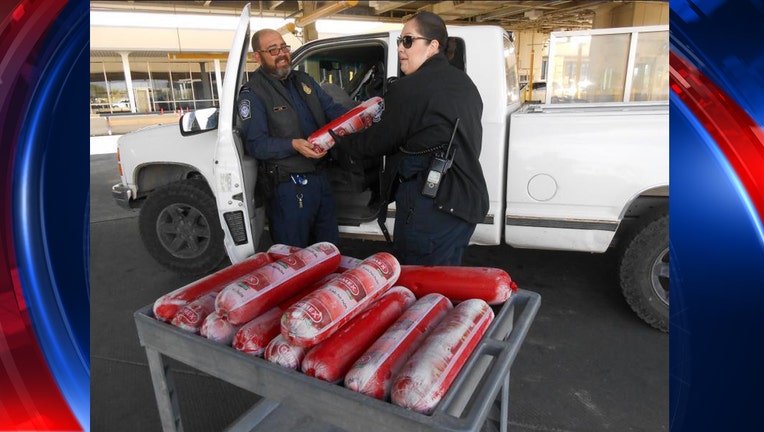 EL PASO, Texas (AP) — No baloney: U.S. border agents seized more than 150 pounds of bologna from a driver entering the country from Mexico.

The U.S. Customs and Border Protection says in a news release that the driver told agents Thursday at the El Paso crossing that he had rolls of frozen turkey ham in his pickup truck. Upon further inspection, though, the agents determined that it was 154 pounds of Mexican bologna, which is made of pork.

The agency says the driver was released but the bologna was seized and destroyed. It says bologna can’t be carried across the border because it could introduce foreign animal diseases to the domestic pork industry.

"It is important that travelers understand they should declare all items they are transporting from abroad to avoid fines and penalties. A properly declared prohibited item can be abandoned at the port without consequence," said CBP El Paso Port Director Beverly Good.