Convicted Boston Marathon bomber Dzhokhar Tsarnaev has been ordered by prosecutors to return a $1,400 COVID relief payment he received last summer along with other money sent to him. Records show Tsarnaev, who currently has nearly $4,000 dollars in his inmate account at Supermax in Florence, Colorado, has received over $21,000 in his time as an inmate. He has been ordered to pay over $100 million in restitution to the victims of the bombing.

A U.S. District Court judge agreed to let federal prosecutors use convicted Boston Marathon bomber Dzhokhar Tsarnaev's $1,400 COVID-19 stimulus payment, as well as other money held in his inmate trust account, to help pay the millions of dollars he was ordered to pay his victims, The Wall Street Journal reported Thursday.

In a filing Wednesday, the U.S. attorney's office in Boston asked a judge to order the federal Bureau of Prisons to turn the money over to the Clerk of the Court "as payment towards his outstanding criminal monetary penalties, including unpaid special assessment and restitution."

In addition to the stimulus payment, Tsarnaev, who's being held at a maximum security prison in Florence, Colorado, has received money from dozens of sources during his incarceration, including the federal public defender's office and regular payments from individuals living in Indiana, New Jersey and Maryland, according to the filing by acting U.S. Attorney for Massachusetts, Nathaniel Mendell.

He was convicted in 2015 of 30 charges in connection with the 2013 bombing at the Boston Marathon finish line that killed three spectators and injured more than 260 others. In 2016 he was ordered to pay a $3,000 special assessment and more than $101 million in criminal restitution. 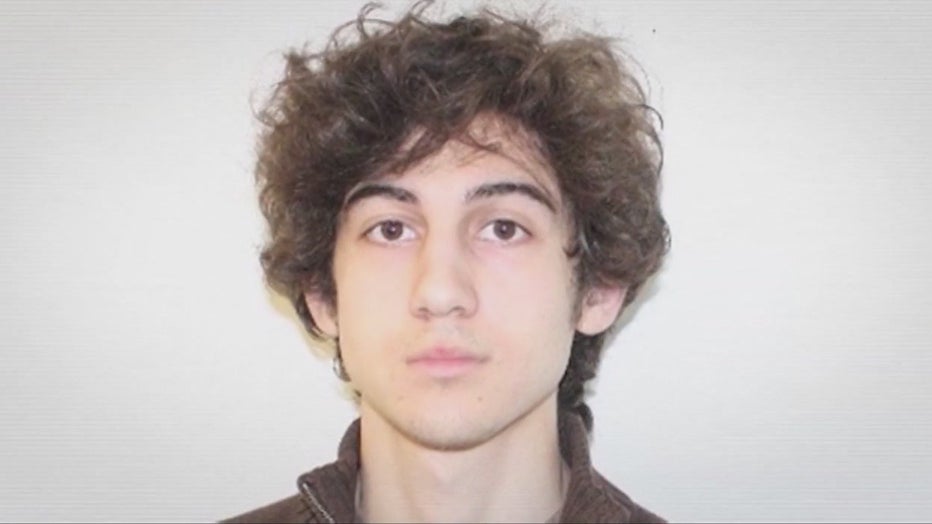 So far, Tsarnaev has paid a little more than $2,200 of that, all toward the assessment, according to the filing.

And although he has not paid a penny in restitution, Tsarnaev has used his inmate account to pay his siblings for items such as "gifts," "support," and "books," according to the filing.

"The United States submits that the requested relief is reasonable and appropriate in this instance, especially in light of the defendant prioritizing payments to his siblings over the victims of his crimes," prosecutors wrote.

An email seeking comment was left with Tsarnaev's attorneys.

Tsarnaev was originally sentenced to death, but the federal appeals court in Boston threw out the death sentence in July 2020 because, it said, the judge at his trial did not do enough to ensure the jury would not be biased against him. He is currently serving a life sentence.

The Biden administration has asked the Supreme Court to reinstate Tsarnaev's death sentence. The high court heard arguments in October but has yet to rule.