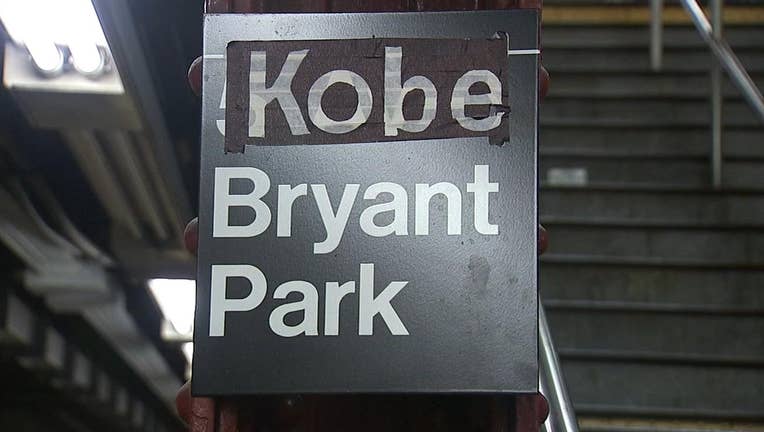 NEW YORK - The day after his untimely death, a subway sign in Midtown Manhattan was altered to honor basketball great Kobe Bryant.

Social media was flooded with pictures of the sign including photos of people clamoring to snap their own pics.

Bryant was fond of playing in New York City, particularly Madison Square Garden where he scored 61 points in 2009.

On Sunday, Bryant and eight others were aboard a helicopter that crashed into the hillside of Calabasas, California while flying in foggy conditions. His daughter, Gianna Bryant, 13, was among those killed.