The Northeast experienced a deep freeze earlier this week, sending temperatures into the single digits with wind chills below zero, but it's about to get even colder.

As we head into the weekend, a high-pressure system over Canada will shift to the south. That, along with a low-pressure system off the coast, will team up to pull in arctic air from the north.

That will set the stage for bitterly cold temperatures and dangerous wind chills to spread across the region once again. 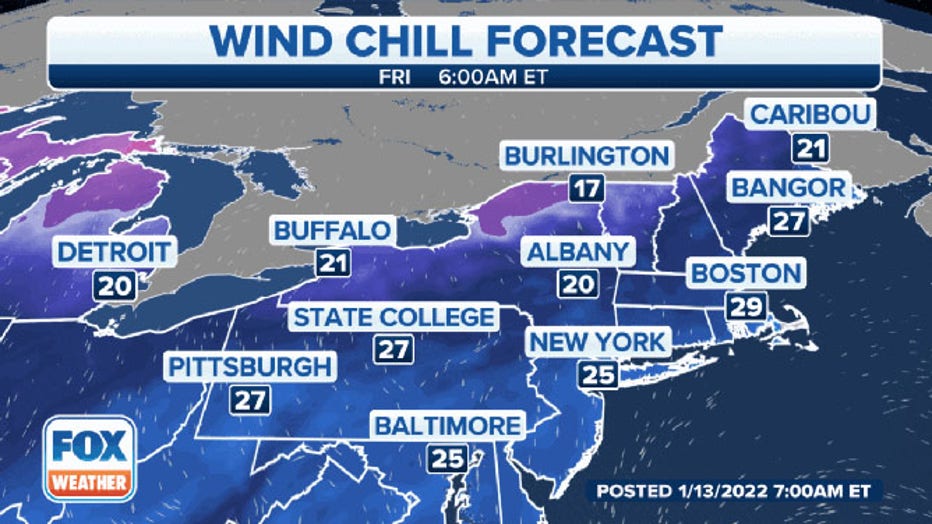 Wind chills won't be too much of an issue Friday morning. The gusty winds will make it feel like the teens and 20s across most of the region, with areas to the south, like in Boston and New York City, experiencing wind chill values between 25 and 30 degrees.

What does the wind chill mean? 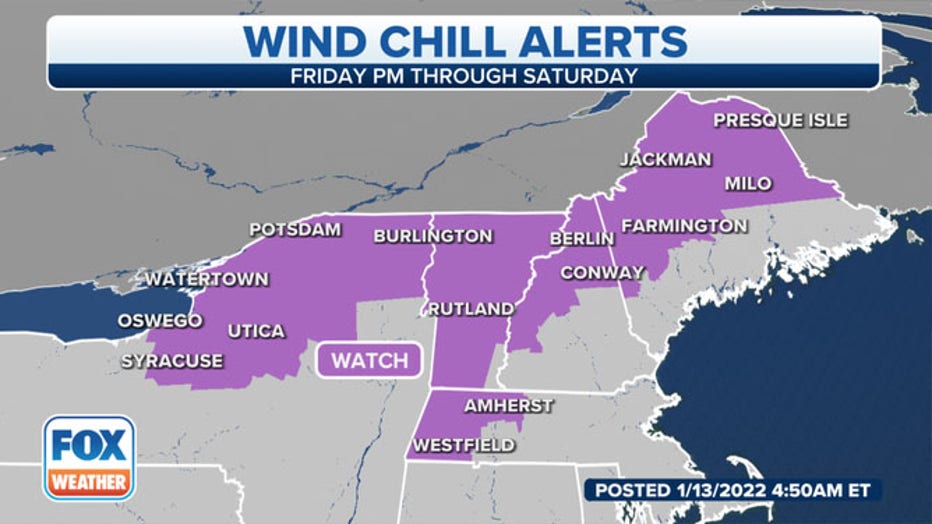 Wind chill alerts are in effect in the Northeast and New England. (FOX Weather)

Dangerous wind chills will expand farther south by Saturday morning, including in Boston, where it could feel like 10 to 20 degrees below zero. Even New York City could have subzero wind chill values.

Sunday morning will also feel bitterly cold because of the gusty winds, but not as cold as Friday night and Saturday. Caribou, Bangor and Burlington will still feel the coldest, with wind chill values between 15 and 25 degrees below zero. 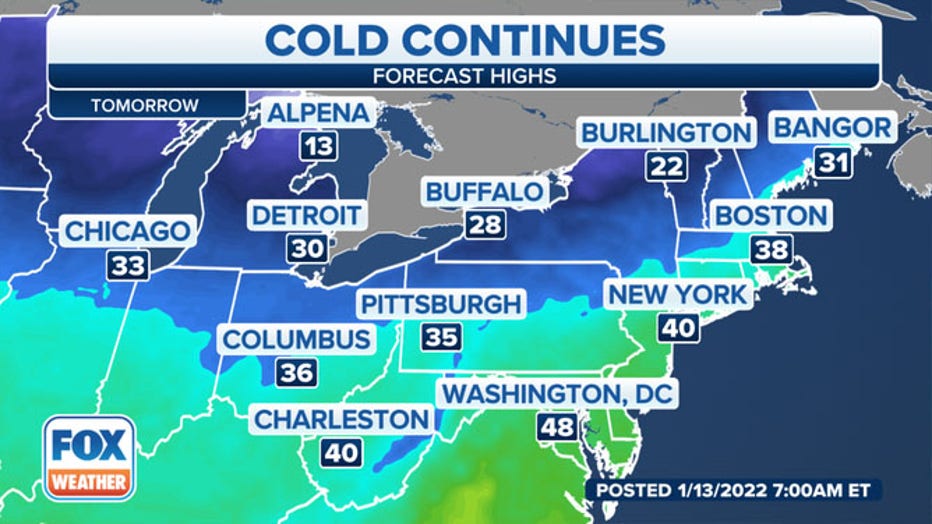 As far as temperatures go, they will remain around average for this time of year on Friday.

New York City and points south will be in the 40s, but it will be cooler north of there. Boston will be around 38 degrees. Northern New England and much of New York state will be the coldest.

Buffalo, New York, will be around 28 degrees on Friday. Burlington will be in the lower 20s, with Bangor hovering around the freezing mark. 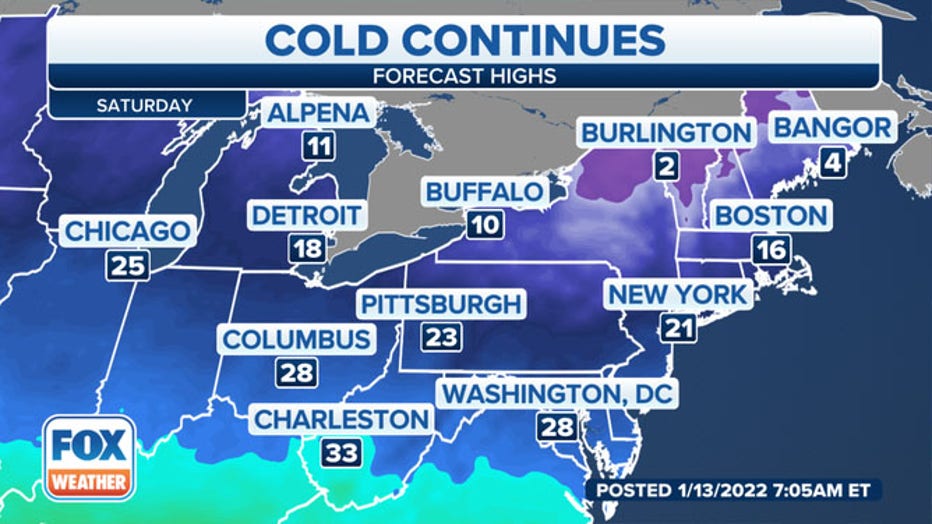 Saturday will be much colder across the region.

New York City will be around 20 degrees for the high temperature. To the north, in Boston, temperatures will struggle to reach 15 degrees.

More single-digit temperatures will be felt in northern New England. Burlington will only be 2 degrees, and Bangor will be about 4 degrees for a high temperature.

Get updates on this story from FOXweather.com.