The man captured on surveillance video reaching through a drive-thru window at a Milwaukee Burger King restaurant is now charged – and the criminal complaint indicates he, his daughter, and the victim in this case, Niesha Harris-Brazell, were all part of a plan to stage a robbery of the restaurant.

MILWAUKEE - The man captured on surveillance video reaching through a drive-thru window at a Milwaukee Burger King restaurant is now charged – and the criminal complaint indicates he, his daughter, and the victim in this case, Niesha Harris-Brazell, were all part of a plan to stage a robbery of the restaurant.

The complaint charges 41-year-old Antoine Edwards of Milwaukee of the following criminal counts: 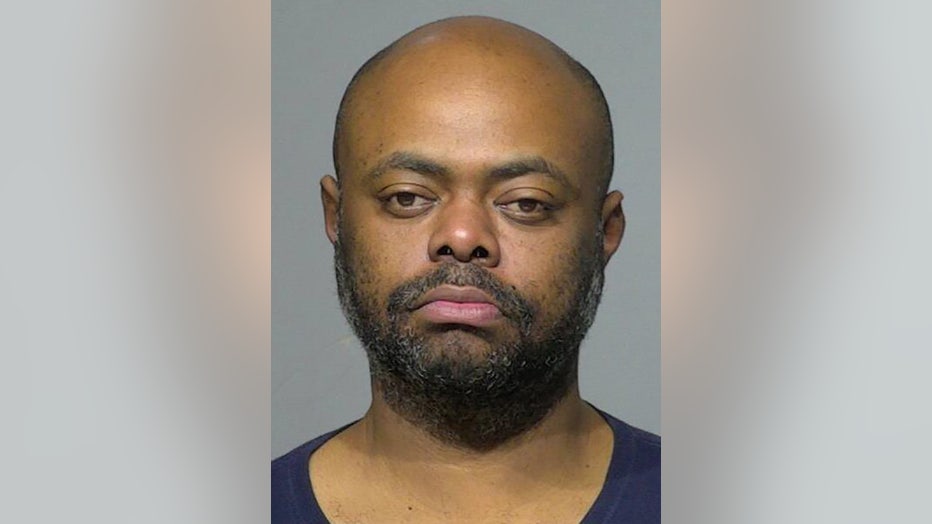 According to the criminal complaint, Police responded to a shooting at the Burger King restaurant near 51st and Capitol Drive late on Jan. 2. Officers found 16-year-old Niesha Harris-Brazell suffered fatal gunshots near the drive-thru window.

Surveillance footage from a camera inside the restaurant shows a car pull up to the drive-thru window shortly after 10 p.m. The driver rapped on the closed window. The complaint says a "juvenile male employee responds to the rapping and opens the window and briefly says something to the Impala driver. The Impala then pulls away, and the juvenile male closes the window." 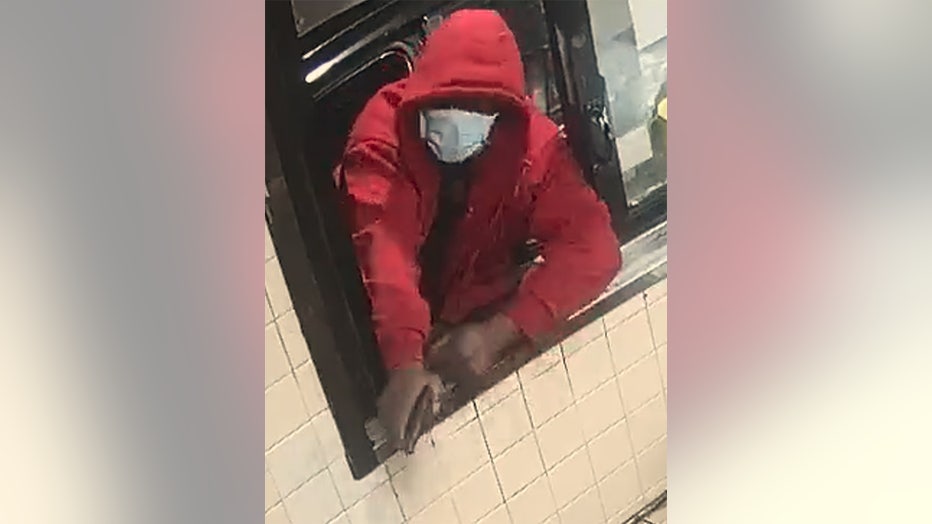 The complaint says about three minutes later, "the same Impala and driver re-appear at the drive-thru window. This time the victim...is in the area of the window, and she opens it. She immediately and quickly backs away from the open window and stands off to the side of the window, so that she is no longer visible to the driver of the Impala. She removes the cash drawer from the cash register and stands there holding it while she calls out towards the other employees who are in the interior of the restaurant." A short time later, the driver of the car steps out, "inserts his upper body into the drive-thru window" and is seen holding a semiautomatic pistol.

The complaint goes on to say the driver "waves the gun and points in (Harris-Brazell's) direction, motioning with his free hand and reaching it towards the cash register drawer." The surveillance video shows "suddenly the Impala driver ducks and pulls himself out of the window, and at the same moment (Harris-Brazell) falls to the floor." 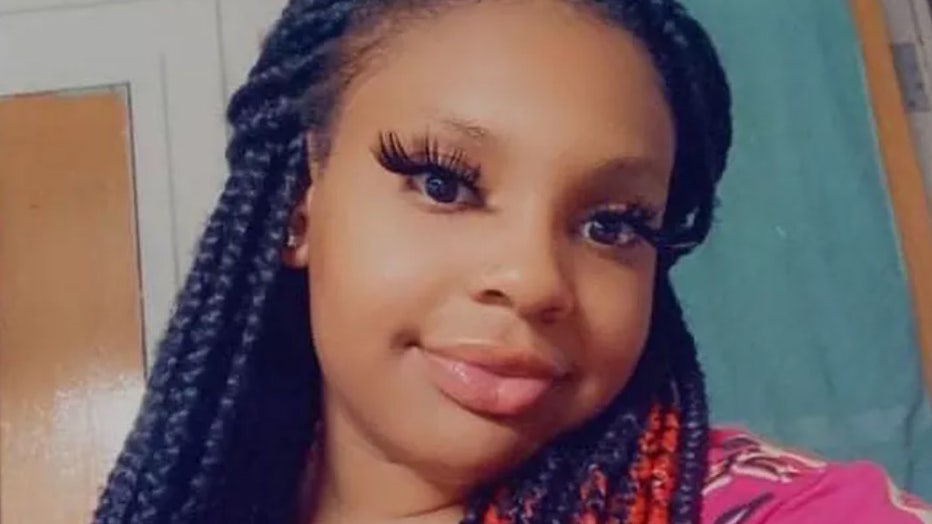 The complaint indicates "it does not appear that the Impala driver's gun ever discharged, since there is no muzzle flash or smoke, no cartridge casing is ejected, and there is no motion consistent with the recoil of a gun."

Other cameras show a male employee, Derrick Ellis, was in the building at the start of this encounter -- and fired a pistol towards the drive-thru window. Ellis is now charged in connection with this case.

The investigation led police to suspect the defendant, Edwards, "was the driver of the Impala, and that his own 16-year-old daughter was working in Burger King at the time of the incident and may have been involved with Edwards in staging a robbery to steal money from Burger King." Both were arrested at separate locations. 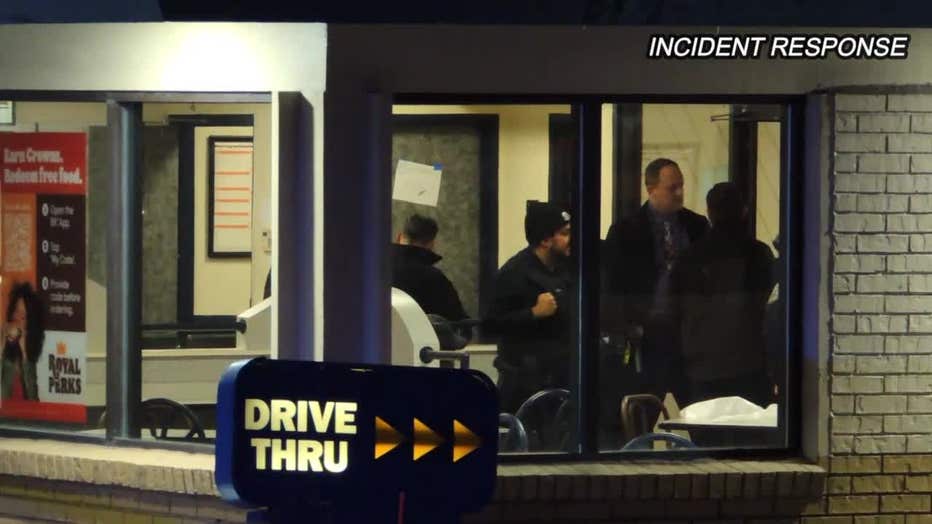 Edwards' daughter was at the Burger King when police first responded to the shooting, the complaint says. She later "admitted that the robbery was staged to steal money, and she was in on the plan. She said that the victim, (Harris-Brazell), was her best friend. The Impala driver...was her father." She indicated that she, Harris-Brazell, and her father (Edwards) knew about the plan a few days before the incident -- that Harris-Brazell "was usually assigned to the drive-thru window, and the defendant's daughter usually worked in the kitchen, so (Harris-Brazell) would be the one to hand over the money. The other employees (including Ellis) were not in on the plan." 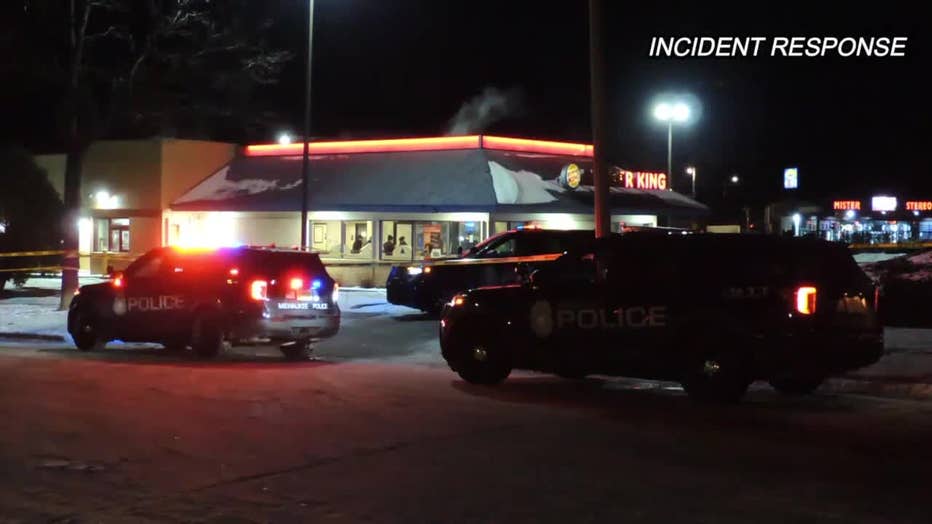 Antoine Edwards is scheduled to appear in Milwaukee County Circuit Court Friday, Jan. 14, on the charges, but will not likely go through court Friday because of the number of scheduled cases on the docket, according to the intake court.

Edwards also charged Thursday in a separate case with felony firearm possession and disorderly conduct stemming from an incident days prior to the shooting at the Burger King.

Liceal Brazell said she believes the two people who are now facing legal exposure in this case are trying to save their own skin.

"But my God is good, and he will make sure everything comes to light. And I really feel that," Brazell said.

Milwaukee Police are still searching for Ellis, who has been on the run since the night of the shooting. According to court documents, after the shooting of Harris-Brazell, surveillance video shows Ellis crawling on the floor, collecting spent shell casings. Ellis then meets with the restaurant manager who opens a safe in the office and Ellis places the handgun and shell casings inside and takes off. 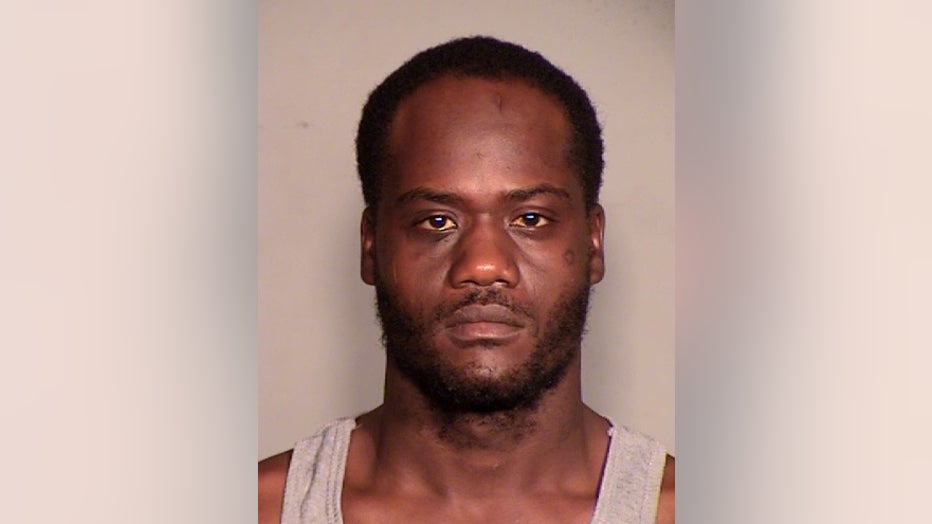 In an interview with police, the store manager identified Ellis as an employee who often carries a gun while at work. After the shooting, she told police Ellis asked her to hide the gun because he has a prior felony conviction.

Hours after the shooting, police arrested a 38-year-old woman at the scene, according to records reviewed by FOX6 News. She was booked into the Milwaukee County jail on a misdemeanor charge of resisting or obstructing an officer and a felony charge of straw purchasing a firearm.

She was released on a $1,300 bail, hours after she was booked into the jail. FOX6 News is not naming the woman as she has not been formally charged with a crime.