LOS ANGELES - The butterfly was sent flying away on Wednesday night’s episode of “The Masked Singer.”

Joined by fox, thingamajig and tree — all the contestants on the FOX’s singing competition brought the heat. Butterfly performed Demi Lovato’s “Sorry Not Sorry” and later “Believer” by Imagine Dragons.

Butterfly’s clues included that she was “used to sharing the stage with giants,” a playbill indicating a background on Broadway, and that she was “done apologizing for who I used to be.”

The butterfly was ultimately unveiled to be Grammy Award-winning singer and Broadway star Michelle Williams.

“I could just come here and be myself and that was so liberating for me to just be me and no one know who I am,” Williams said after the unmasking.

The former Destiny’s Child singer called the experience “therapeutic.” While she was bummed about her exit from the show, William said she also felt “on top of the world.” 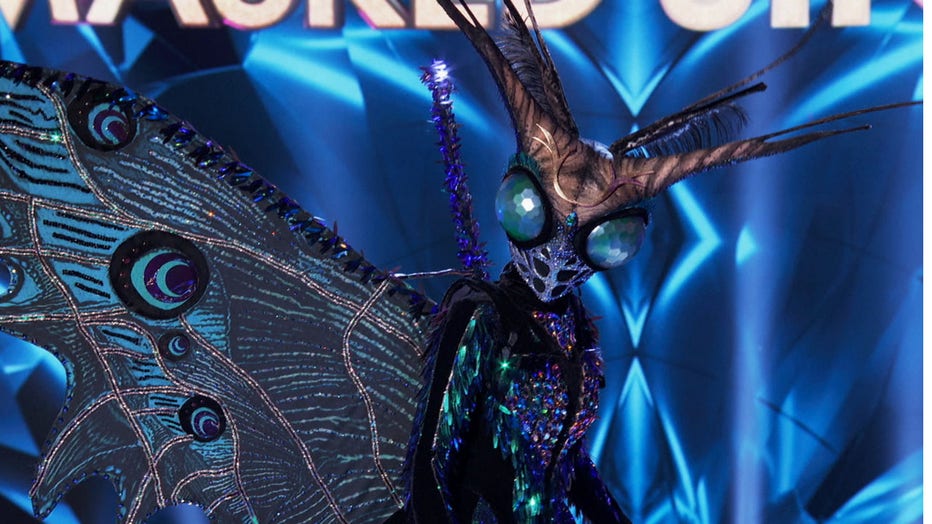 The butterfly is pictured on FOX’s “The Masked Singer” season 2 episode 9 before being unveiled. (Photo credit: FOX)

She added that butterfly’s outfit was reminiscent of what the members wore while performing in Destiny’s Child.

“I was kind of feeling myself out there,” Williams joked.

Williams’ message to her fans: “Do what you need to do to be whole, to do the work so that you can walk with confidence.”

Tune in to find out who gets unmasked on the next episode of “The Masked Singer" Wednesdays at 8 p.m. ET/PT on FOX.