TONTO BASIN, Ariz. - The tragic deaths of two children after being swept away by floodwaters have put a lot of eyes on Tonto Creek.

It hasn't been the first time something horrible has happened because of creek waters, and residents say it won't be the last as long as there is no solid infrastructure giving people a way to cross.

"We’ve had 10 fatalities and it’s usually because people are trying to cross the creek to get to the other side because they’re out of groceries or need to get to work and they make bad judgment calls," said Randy Robertson, a Tonto Basin resident and Disaster Logistics Specialist.

Resident and Disaster Logistics Specialist, Randy Robertson says a big obstacle in getting a bridge has been money. Gila County secured the land and design for a bridge, and in 2017 estimated that a 1,900-feet stretch would cost $17 million.

Applications for federal grant money have yet to get approval. The estimated construction cost now is over $20 million.

"The problem is with a thousand people on this side of the creek and the fact that sometimes they can be stranded for weeks or months at a time, people get desperate," said Robertson. "On social media the other day, I saw someone say if I can’t get to work today I’ll lose my job”

Rescue operations in Tonto Creek are not always tragic, with many people only losing their vehicles, but now after three young children were swept away by raging creek waters, the calls for a bridge will likely be louder than ever.

"In my opinion, yes, these kids would still be alive if there was a bridge here today," said Robertson.

Congressman Paul Gosar's office said he was aware of what happened. He offered his prayers for the family and said that his office would aggressively support grant requests during the next round of applications.

Options for building a bridge over Tonto Creek 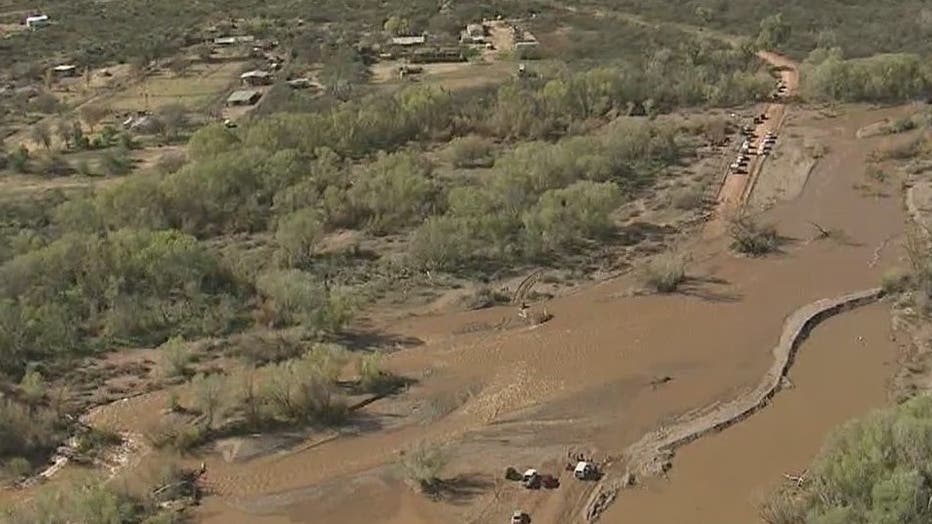