Calvin C. Goode honored by many for all he’s done for Phoenix, virtual memorial to follow on Jan. 12

On Jan. 9, many honored Calvin C. Goode, a former&nbsp;vice mayor and long time Phoenix City Councilman, after he passed away&nbsp;on Dec. 23&nbsp;at the age of 93.

PHOENIX - Many gathered Saturday, Jan. 9 for a public viewing to honor a well-known and respected member of the Valley community.

Calvin C. Goode was a former vice mayor and long time Phoenix City Councilman for 22 years. He passed away on Dec. 23 at the age of 93.

People gathered outdoors at the Calvin C. Goode municipal building in downtown Phoenix for a public viewing of a man who was known for being soft-spoken.

He was also known for being fiercely committed to helping people struggling with poverty. 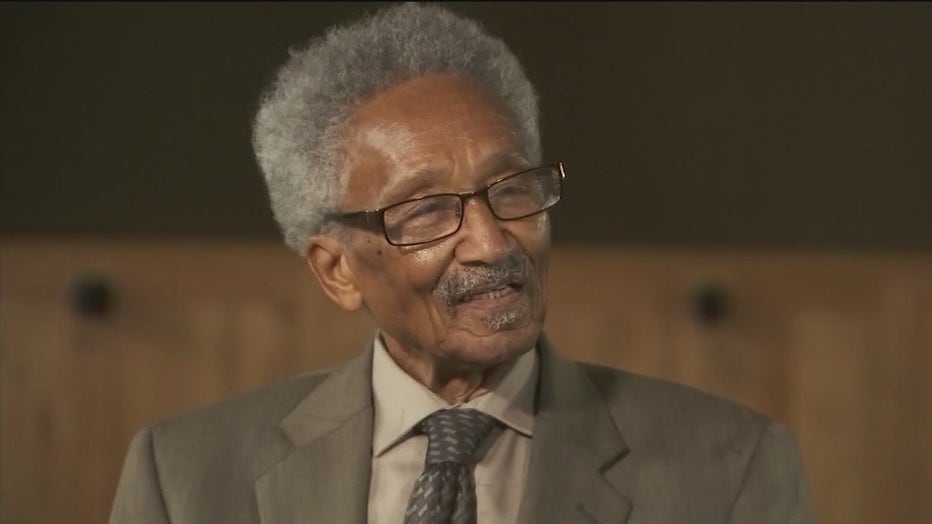 "Once early in my time as an elective official, he presented me with a bag of rocks and pointed out a vacant lot where we needed to be building affordable housing, and we are moving forward on that, honoring his legacy," Mayor Kate Gallego said.

Phoenix Police Chief Jeri Williams also paid tribute, saying, it was a special sendoff for a man to lay in state in front of a building named after him.

Phoenix police and the FBI are now investigating.