Russia's assault on Ukrainian cities continued, including Russia's disputed claim to have taken control of its first major city, Kherson, and a strike on Ukraine's second-largest city, Kharkiv, that led one official to call Kharkiv "the Stalingrad of the 21st century." Slavic Gospel Association is providing help to local churches that are aiding Ukrainians in the war zone.

LOS ANGELES - The world may be facing shortages of most products due to the ongoing COVID-19 pandemic and a war in Europe, but there’s one commodity that is overflowing: Maple syrup.

211.3 million pounds of syrup was harvested this spring in the French-speaking Canadian province, according to the region’s agri-food consultant Groupe Ageco.

This years harvest tops a previous record set in 2020 of 175 million pounds.

"We benefited from excellent weather conditions this spring," Luc Goulet, president of the Quebec Maple Syrup Producers, said Friday in the statement. 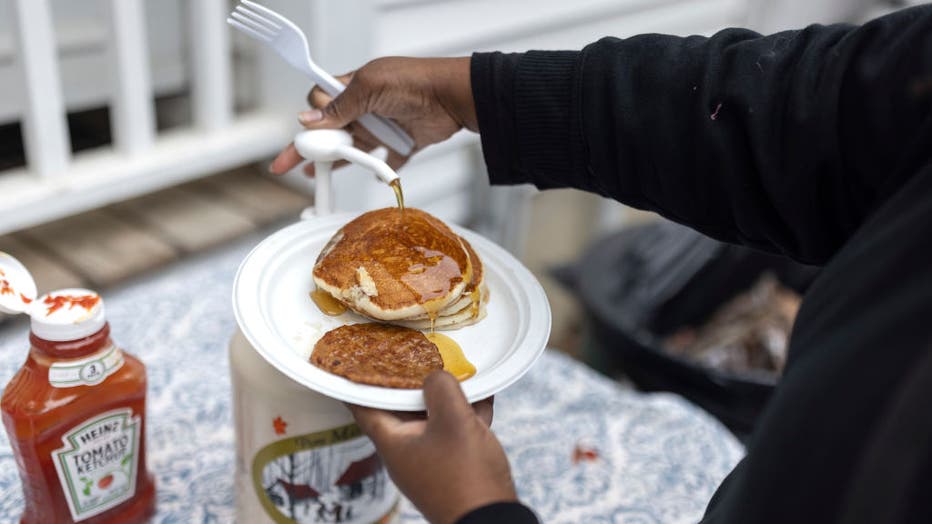 Producers say they were aided by cool spring temperatures which allowed farmers to tap their trees for a longer period of time.

Last year, Canada's "OPEC of maple syrup" announced it was releasing roughly half its strategic reserves – to the tune of 50 million pounds of maple syrup – due to a worldwide shortage of the traditional waffle and pancake topping.

The Quebec Maple Syrup Producers comprised of some 11,000 Canadian maple syrup producers controls roughly 70% of the world's maple syrup supply, and its stranglehold on the market has been "compared to the Organization of the Petroleum Countries' grip on oil" according to The New York Post.

During the exodus of workers from their offices to their homes, the Quebec Maple Syrup Producers said they were hit with a surge in demand due to more folks cooking at home amid the pandemic, coupled with a 24% year-over-year drop in production due to warmer temperatures during spring along with a shorter season.