PHOENIX - Two people have been hospitalized after a car crashed into a Phoenix fast-food restaurant on Nov. 29.

The Phoenix Fire Department says the crash happened at 4 a.m. near 35th Avenue and Camelback Road. When firefighters arrived at the scene, they found two vehicles involved in the crash, with one car that had crashed into the building.

Roads in the area are open. 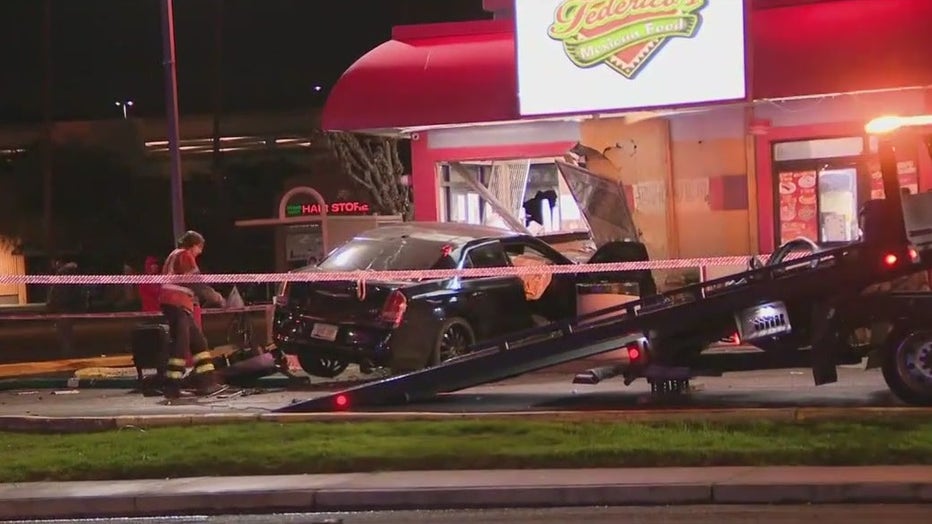 Two people were hospitalized after a car crashed into a Phoenix fast-food restaurant on Nov. 29.