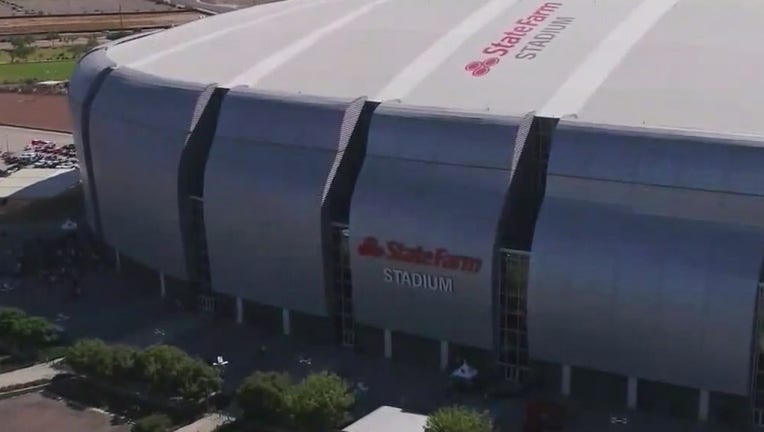 GLENDALE, Ariz. - The Arizona Cardinals lost their Jan. 3 game against the Los Angeles Rams, ending their chances for competing in the playoffs.

The loss comes after a rough season for the team, which includes COVID-19 restrictions.

No fans were allowed in Sunday's game in California but FOX 10 caught up with a superfan before the game about his thoughts on the season.

Steven Slugocki said of the season, "This has been the craziest season I could ever imagine in my life."

It’s been a wild year for the Cardinals in many ways. From losing key players to reimagining games due to COVID-19 concerns.

He said, "Not having a pre-season, not knowing if there was even going to be a season, every week we were wondering 'Are we gonna play?' 'Is something gonna happen?'"

"This was the goal all along, to make it into the playoffs and to have that opportunity during a very difficult season. In many ways, this is a really good thing for us," he said.

Slugocki was one of a select few fans to attend a game in-person this season, back before increasing COVID-19 cases once again banned fans from the stands.

"I’m used to tailgating going to all of the games, being there in the crowd, so I really missed that," he said.

Slugocki is spending this last Sunday game of the regular season at home with his immediate family. At the end of the day, he says, that is enough.

"Me and my family are staying safe. I hope everybody else is as well and of course in the grand scheme of things, that’s more important that we’re keeping Arizonans safe," Slugocki said.