An Arizona woman and her husband are in police custody and are accused of torturing and sexually assaulting a child.

The alleged abuse happened in 2021, but the woman and her husband, 26-year-old Chloe Sergent and 39-year-old Keola Wimpish, were arrested on April 5 of 2022. 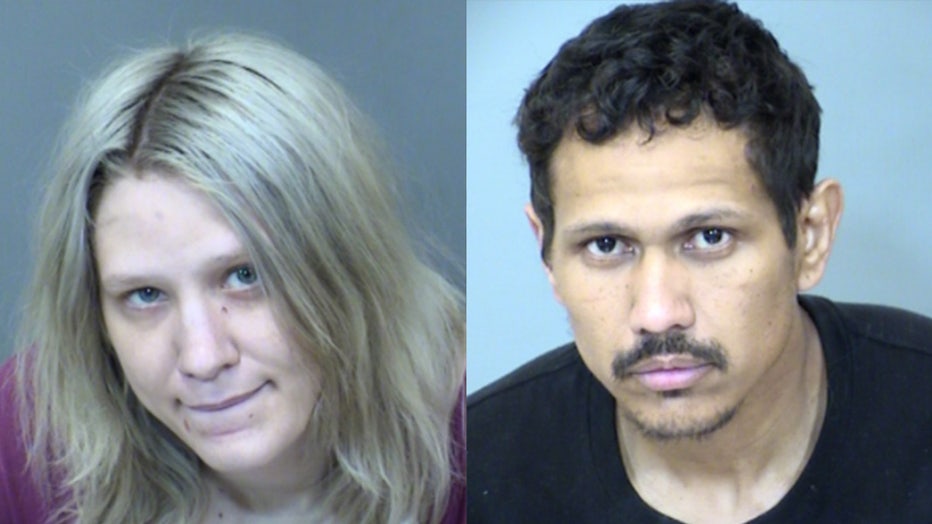 The victim was placed into the custody of the Department of Child Safety in December 2021.

Sergent told investigators about the alleged abuse, which included being hit with a machete and a crowbar. A family member says they never saw the two feed the child.

Doctors at Phoenix Children's Hospital told police the child was extremely malnourished, had multiple severe injuries including 12 broken bones, multiple cuts that were infected, and that the victim required surgical intervention as part of the healing process, with permanent physical deformities possible.

Childhelp, a nonprofit dedicated to intervention treatment, and prevention of child abuse says violence like this is becoming overwhelmingly more common.

"Our hotline saw a peak at 43% more calls during the pandemic in a similar month before the pandemic and these were kids trapped at home with abusers. These were desperate families calling for help. These were survivors calling us in the middle of the night," said Daphne Young, Chief Communications Officer at Childhelp.

In this case, the victim told investigators about the alleged abuse, which included being hit, drowned, waterboarded, lit on fire, choked, told to perform sexual acts, and forced to do drugs blindfolded.

Childhelp says if you ever see neglect or abuse report it immediately.

More information about reporting can be found here: https://www.childhelp.org/national-and-local-impact-map/arizona/

PD: 2 men arrested for stealing car, taking it on a joyride, then crashing in Arizona

Robert Beckham, 65, is facing 20 counts of sex crimes against a minor after a multi-month investigation into his online activity, the police department said.