WASHINGTON - Millions of American households are set to receive their second round payments of the Biden administration’s expanded child tax credit.

The Internal Revenue Service and Department of the Treasury announced Friday that more than $15 billion have been dispersed in the August batch of payments.

Most families will receive their August payments via direct deposit while others have opted for checks in the mail. But a technical issue will cause a small percentage of those who chose direct deposits to receive a physical check this month.

The Treasury expects that issue to be resolved by the time the September payments are distributed.

Last month, President Joe Biden said the tax credit has the potential to reduce child poverty the same way social security reduced poverty among the elderly. And there’s data from the Census Bureau’s Household Pulse Survey to suggest its doing just that.

Parents reported less trouble covering expenses like food and other household costs after the first payments rolled out last month. The number of families reporting they did not have enough to eat also dropped to the lowest point since the onset of the COVID-19 pandemic.

"Today 61 million children across America are benefiting from the advance Child Tax Credit, helping families put food on the table and meet the needs of the next generation," said Deputy Secretary Wally Adeyemo. "We want every eligible family to have access to the advance Child Tax Credit, which is why we will continue our outreach efforts to drive enrollment as our children return to school."

The previous child tax credit was capped at $2,000 per year. And it was only available to families who earned enough money to owe income taxes. Minority households often failed to qualify for the previous credit. 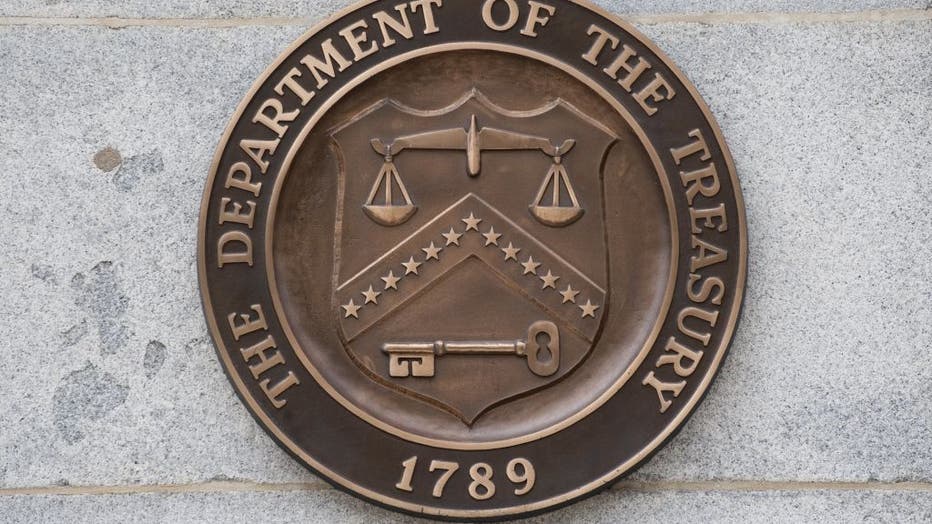 The seal of the US Treasury Department is seen on the outside of the Treasury building in Washington on August 19, 2011. AFP PHOTO/Saul LOEB / AFP PHOTO / SAUL LOEB (Photo credit should read SAUL LOEB/AFP via Getty Images)

The expanded child tax credit expires at the end of 2021, but Biden has expressed desires to see it extended through 2025 — ultimately becoming permanent.

En route to that, the Treasury announced its commitment to making a permanent, multi-lingual and mobile-friendly sign-up tool to help more Americans who do not regularly file taxes to claim their child tax credit. And its pledged to partner with Congress to make sure it remains fully resourced and funded.

In the meantime, Code for America is creating a similar tool, which will be available in the coming weeks.