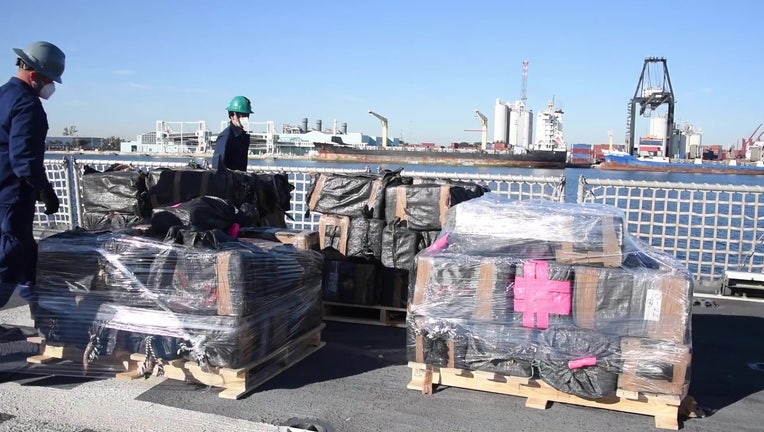 FORT LAUDERDALE, Fla. - The U.S. Coast Guard offloaded more than $97 million worth of cocaine in South Florida on Thursday.

The Coast Guard seized the contraband from drug runners in the Pacific Ocean.

RELATED: Over $500K worth of meth found on man during layover at Orlando airport

The crew of the Coast Guard Cutter Campbell brought the drugs to Port Everglades in Fort Lauderdale on Thursday.

Officials said they seized approximately 7,250 pounds of cocaine in their operation to disrupt transnational crime organizations.