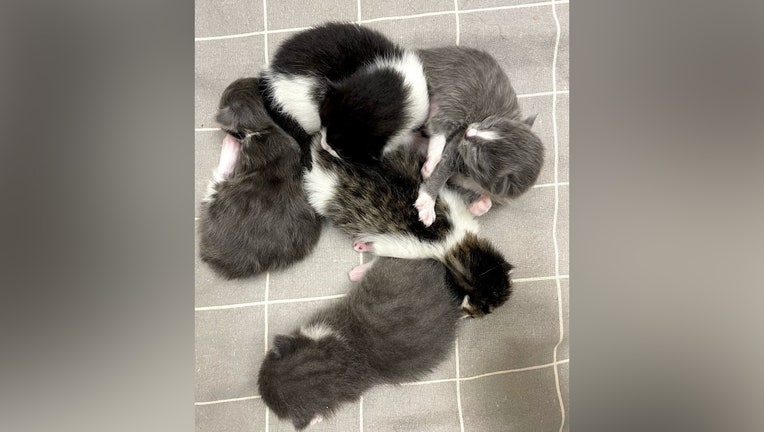 ABBOTSFORD, British Columbia - After a community rallied together and inundated a Canadian police department with an overwhelming number of tips, a litter of stolen kittens has been reunited with their mom and owner within 24 hours.

The Abbotsford Police Department in British Columbia, Canada, posted surveillance video on March 30 showing a man who they believed was responsible for stealing a litter of five kittens in the dead of night.

The video shows what appears to be a male walking into a backyard, drinking from a gallon jug of milk. He’s seen walking in and out of the frame, and according to the video post on the Abbotsford police Facebook page, the man stole a series of items in addition to the five kittens.

Less than 24 hours later on March 31, the department posted an update that stated, "Investigators have received an over-whelming number of tips and information relating to this theft. We are excited to announce that all five kittens have been located and returned to Mittens, their mother."

One of the missing kittens was brought to the SPCA and the other four were recovered by an Abbotsford patrol officer and the Crime Reduction Unit, the post stated.

The department did not confirm whether or not an arrest was made and said the investigation is ongoing.