Courtney Clenney, who works as an Only Fans model, has been arrested for stabbing her boyfriend to death in their Miami high rise apartment. Clenney was taken into custody in Hawaii on a charge of second-degree murder, more than four months after her boyfriend Christian "Toby" Obumseli was killed.

Miami-Dade State Attorney Katherine Fernandez Rundle announced the charge against the 26-year-old model during a news conference. Clenney was arrested Wednesday in Hawaii. Fernandez Rundle said Clenney, who goes by the name Courtney Tailor on platforms like Instagram and OnlyFans, remains jailed in Hawaii while authorities work to have her extradited to Florida.

Fernandez Rundle characterized Christian Obumseli's April 3 death at the couple's Miami apartment as the culmination of a "tempestuous and combative relationship" that began in November 2020. The county medical examiner said in an autopsy report that Obumseli, who worked in cryptocurrency, died from a forceful downward thrust from a blade that went 3 inches (7.6 centimeters) into his chest, piercing a major artery.

"At 4:57, defendant Clenney called 911 to tell the police that Christian was suffering from a stab wound and needed help. On that 911 call, Christian can be heard in the background repeatedly saying that he was dying, and he was losing feeling in his arm. Defendant Clenney is also heard saying, ‘I’m so sorry, baby,'" Fernandez Rundle said during a news conference on Thursday. 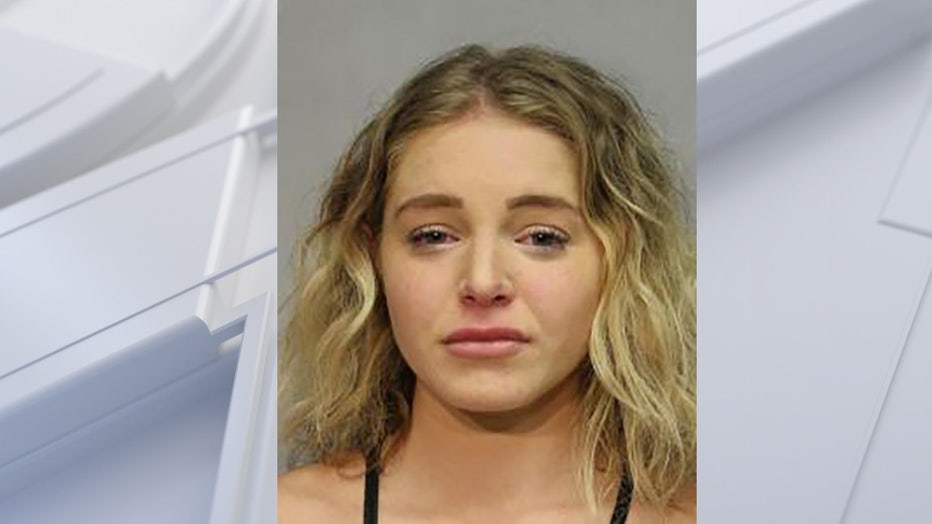 According to an arrest report, Clenney acknowledged killing Obumseli but said she was acting in self defense. She said Obumseli had pushed her and thrown her to the floor, which prompted her to grab and knife and throw it at Obumseli from about 10 feet (3 meters) away. The medical examiner said Obumseli's wound could not have been caused by a knife thrown from that distance.

Clenney's Miami defense lawyer, Frank Prieto, did not immediately respond to messages seeking comment from The Associated Press. He previously told the Miami Herald that Clenney was in Hawaii while in rehabilitation for substance abuse and post-traumatic stress disorder. He said they look forward to clearing her name in court.