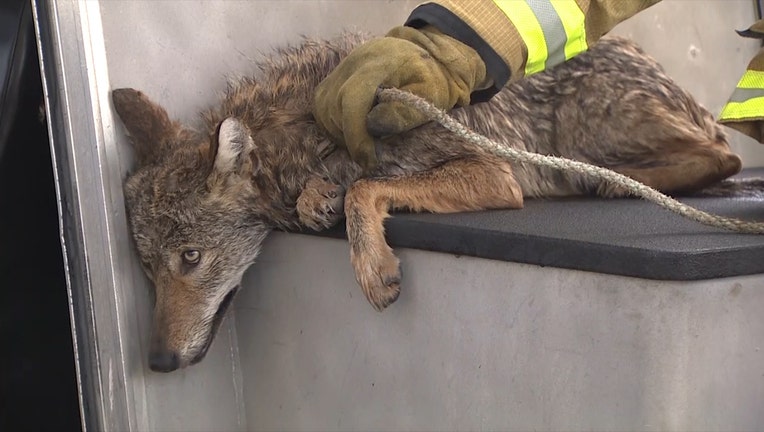 A Miami-Dade firefighter rests his hand on the exhausted coyote, who was just rescued from PortMiami.

MIAMI, Fla. - An unusual animal rescue took place at a Florida dock where a coyote was rescued -- but later euthanized, officials said.

Miami-Dade fire crews arrived at PortMiami around 7 a.m. Tuesday to help what they thought was a stranded dog, but it turned out to be a coyote. At the time, it was initially seen stuck between a dock wall and large buoy, reports WSVN.

“When we arrived to the scene, we found that we could see from the seawall that there was a four-legged animal down in the water and he was resting on some type of a ledge,” explained Javier Perez with Miami-Dade Fire Rescue.

The coyote, spooked by their presence, jumped into the bay waters, officials said. 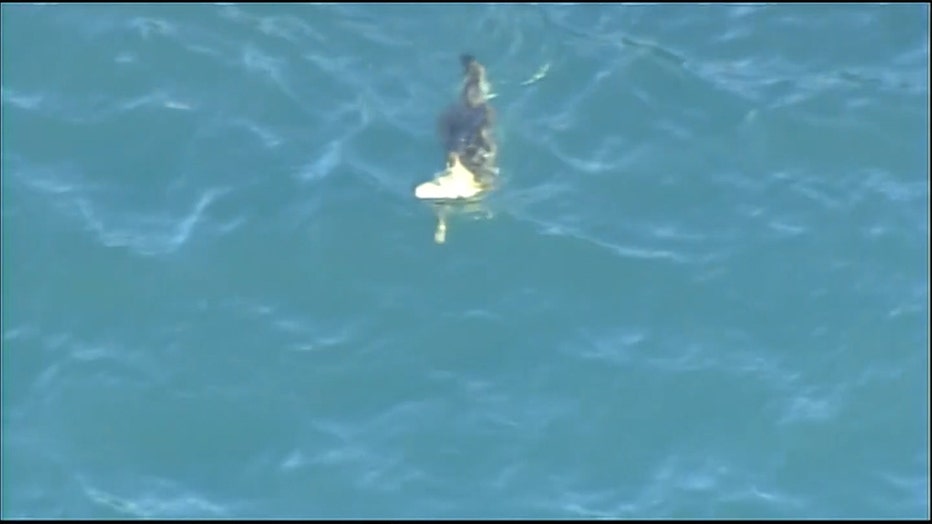 The coyote was seen swimming in the waters near PortMiami. (WSVN 7News)

Firefighters worked for about half an hour to corral it and pull it into a boat.

Florida Fish and Wildlife officials arrived to take the coyote to the Wildlife Rescue of Dade County in Homestead, but later told WSVN it will be humanely euthanized instead.

“The reason I was given was that coyotes are considered to be nuisance animals,” said Lloyd Brown of Wildlife Rescue of Miami-Dade County. “In my opinion, the coyotes are native wildlife.”

In a statement to WSVN, FWC said the coyote had to be euthanized but provided no further explanation. Prior to the statement, WSVN reports the agency said the decision to euthanize the coyote was a “high-level decision.”