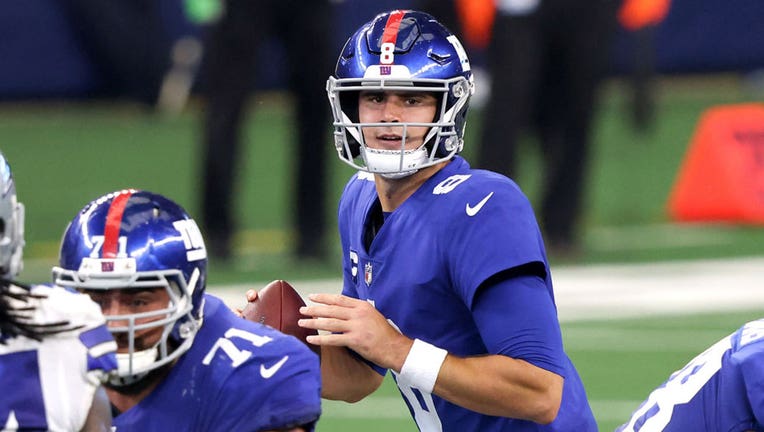 Jones shared the news with Brown in a video chat from the New York Giants locker room.

The Red Bank Catholic scored the touchdowns the next day in a 58-34 win over Morris Catholic.

After the game he tweeted, "Yesterday I lost my amazing mother.  Today I scored 8 touchdowns, thank you wor watching over me mama."

The Super Bowl will be played Feb. 13 at SoFi Stadium in Inglewood, Calif.