WASHINGTON - Hundreds of people unhappy about Donald Trump's election victory gathered outside of the White House and Trump's new Washington D.C. hotel for a candlelight vigil and protest Wednesday night.

Organizers of the event, which included human rights groups, student organizations and others involved in social justice movements, say they joined together in unity to protest Trump becoming the president-elect.

"We protest and participate because we believe in each other, our collective power and the belief that we can create a community and economy for all of us," the organizers said in a news release. "We will come together to stand as a community united against a future based on hatred, racism, sexism or bigotry."

The protesters would march from the White House to the new Trump International Hotel with many chanting "No Trump. No KKK. No racist USA" and "Love trumps hate" outside of the building where the Old Post Office Pavilion resided.

At around 10 p.m., FOX 5's Marina Marraco encountered some protesters becoming unruly with one sparking a fight on Pennsylvania Avenue nearby the White House. One person was seen apprehended as Secret Service and police came in to clear the protesters from the area.

Meanwhile, a solidarity hug-in was also held in Dupont Circle "as an attempt to overcome the politics of hate and fear." In addition to the hugs, people attending the peaceful gathering at the Dupont Circle Fountain lit candles and sung music together. 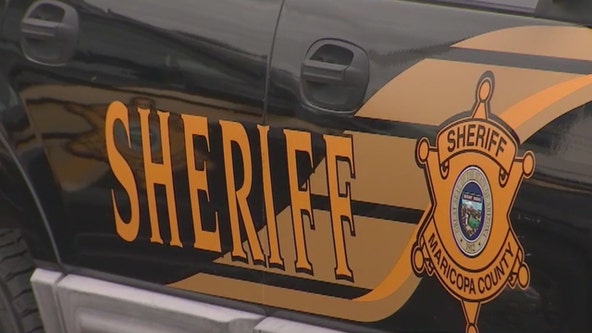