A downtown Phoenix driver crashed into a Department of Public Safety trooper's car on Sunday, Feb. 28, says the Phoenix Police Department. The trooper is OK.

PHOENIX - A Department of Public Safety trooper was struck by another driver on Sunday, Feb. 28 in downtown Phoenix and was taken to the hospital as a precaution.

The crash happened around 6 p.m. near Washington Street and 7th Avenue when Phoenix Police say a driver failed to stop at a red light.

The driver was cited for the reported incident.

The trooper is OK and is being checked out at the hospital. 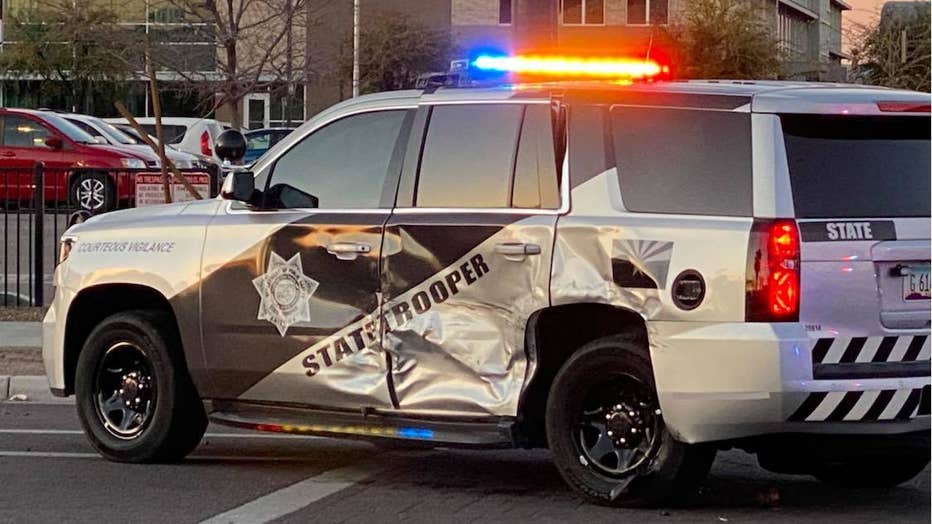 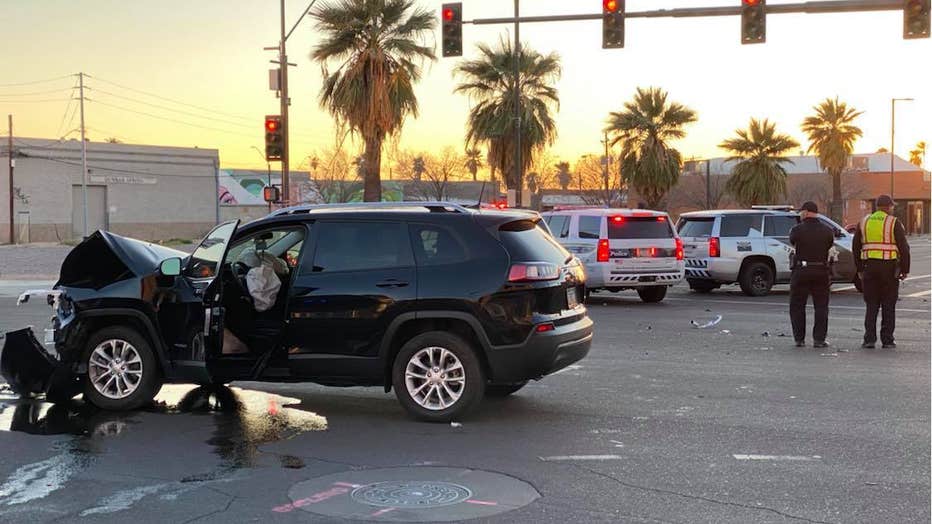