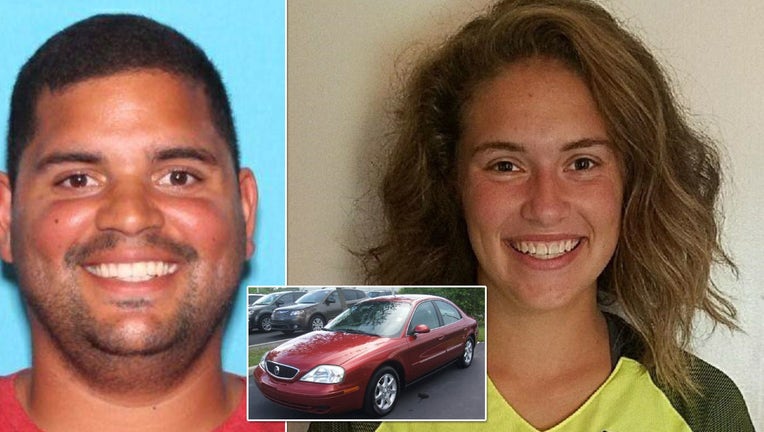 JACKSONVILLE, Fla. - Florida deputies are searching for a 17-year-old girl who has been missing since Saturday night and may be with her soccer coach.

Deputies in Columbia County say Caitlyn Frisina left her house through a window Saturday night, according to Action News Jacksonville.

Her cellphone was found at the home with the data erased from it, and her parents filed a missing person's report.

Deputies say she may be with Rian Rodriguez, 27, who was an assistant soccer coach at Fort White High School where Frisina played soccer. He has since been suspended, the school district said.

"We just have to assume that until we get her home, she is in danger," Captain Katina Dicks of the Columbia County Sheriff's Office told Action News Jacksonville.

Deputies say Frisina fully erased the data on her cell phone before she left. Deputies also say she withdrew about $200 from an ATM in St. Mary's, Georgia on November 26.

The pair may be driving in a red Mercury Sable with Florida tag: Z04CSC.