WARNING: Graphic video. Detroit police show the moments leading up to when Hakeem Littleton pulled a gun and appeared to have fired at police before being shot to death in self defense.

DETROIT (FOX 2) - Detroit police have released video of the officer-involved shooting that left a man dead at McNichols and San Juan. The video appears to show the suspect interfere with the arrest of another man and pull a gun, firing at police.

(WARNING: GRAPHIC VIDEO) A young man who's been identified as Hakim Littleton was shot and killed by officers after he apparently pulled out a gun and fired twice at close range on an officer. Detroit Police Chief James Craig said he fired twice at the officer and that it was a miracle, the officer was not struck. Three officers returned fire with four shots, and Littleton is said to have kept firing at the officers as he fell to the ground, shooting two more times, but missing police.

Video from body cameras and a cruiser dash cam showed the entire incident as it unfolded Friday at 12:35 p.m. Gang Intelligence members from the DPD 12th Precinct arrested Darnell Sylvester who had a  federal warrant for his arrest for drug distribution from the DEA. Littleton was not being arrested at that time but was standing next to him.

"Littleton said you are not going to take my man, in other words take him into custody," Craig said. "He pulled a gun from his left pocket at close range, nearly missing the officer, I would estimate the suspect was 2 or 3 feet from our officer. As the Littleton raised the gun in his left hand he was aiming at the head of the officer. Three officers returned fire. Littleton continued to fire even as he was on the ground." 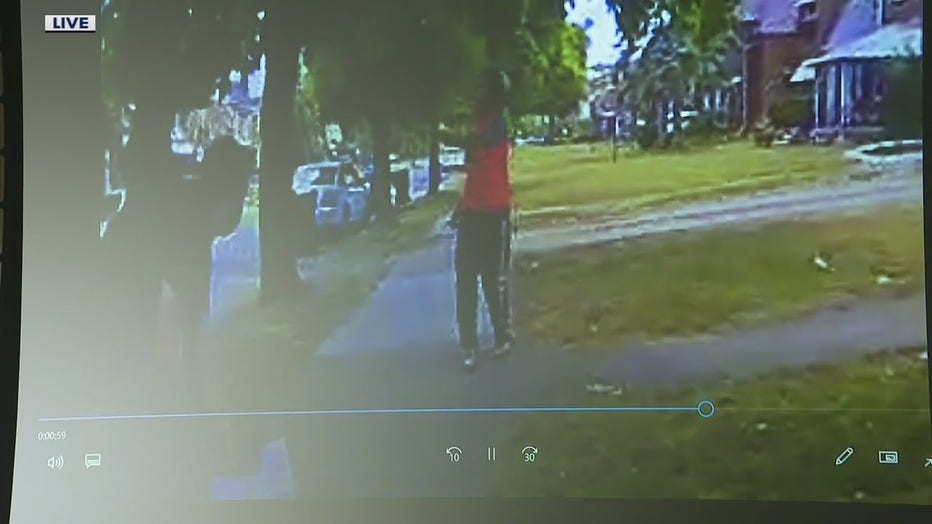 Littleton was wearing an orange shirt as police were arresting a suspect on an outstanding felony warrant. Craig said he and Littleton were suspected to have ties to a local gang.

Littleton had been on probation for armed robbery and a weapons charge, Craig said.

"He was using a .25 caliber blue steel automatic pistol. This comes from body cameras as well as an in dash camera  rom one of our scouts," said Craig. "There were eight shots fired in five seconds. Four fired by three officers, one officer fired two shots, and then four shots fired by the suspect. 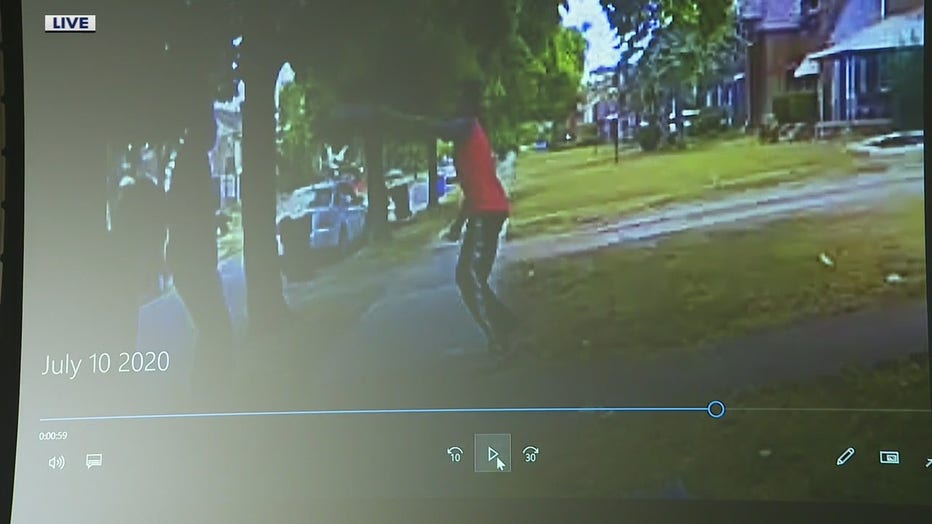 "This officer is a hero even though he did not have his gun out. He put his own life in jeopardy when he was being fired upon. We believe as he was going to the ground the suspect fired two more shots.

RELATED: Crowd gathers at scene where man was shot and killed by police on Detroit's west side

Some people in the area claiming to be witnesses had said Littleton didn't have a gun. 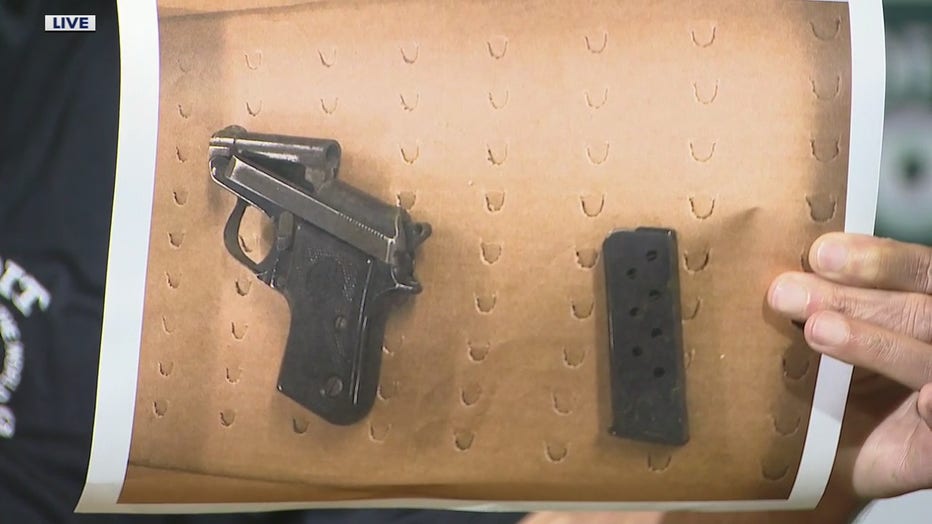 On Twitter, Detroit Mayor Mike Duggan gave credit to the department for how quickly video of the incident was released to the public.

"Public confidence requires citizens to be able to judge for themselves the actions of our officers. I commend Chief Craig for moving so quickly to release the video publicly," he said.

Meanwhile, a crowd of protesters gathered at the site of Littleton's death and are marched to Detroit police's 12th precinct, then went out in front of a detainment center where some who had been arrested were being held. They chanted for their release, while police in riot gear had formed a perimeter in front of the station.

WARNING: Graphic content. Detroit police showed the moments leading up to Hakim Littleton's fatal shooting by DPD, appearing to show him in an orange shirt, pull out a gun and fire on officers first at close range.

“Certainly this has been a tragedy, when you think about a life being lost and certainly my heart and prayers go out to the family of the suspect who was shot by Detroit police,” Craig said. “But I also want to acknowledge the phenomenal work of the men and women of our homicide team, our professional standards section, who worked so hard, so quickly, so that we could get this information out.”

Craig said that after false information had circulated on social media, that served to inflame protesters who gathered at the scene of the shooting. He said that while there, his officers had rocks, bottles and in one instance, a water cooler thrown at them in some tense moments. Detroit police deployed tear gas at one point near the shooting scene, on the crowd.

With that in mind, Craig said his department moved to have the video released as soon as possible as tensions escalated and things began to get "very violent" the chief said.

Duggan released a statement saying that the video showed clear evidence that the officers were unexpectedly fired at.

"The city of Detroit was one of the first in America to outfit its police cars and officers with cameras for this type of incident," he said. "Public confidence requires citizens to be able to judge for themselves the actions of our officers. The video is clear that the officer was suddenly and unexpectedly fired upon. I commend Chief Craig for moving so quickly to release the video publicly."