GLENDALE, Ariz. - DPS officials reported a third straight day of wrong-way driving on Wednesday. This time, however, the incident turned deadly, with 20-year-old LaiQuan Lemon killed in a wrong-way crash on the Loop 101 at Union Hills Drive.

It was a horrific visual to see on the Loop 101, with a Nissan sedan completely wrecked. DPS officials say Lemon died in that car after the driver of a Chevrolet Malibu went northbound in the southbound lanes just before 11:00 p.m. Tuesday.

DPS officials say the suspect is a 22-year-old Phoenix woman who went to the hospital with non-life threatening injuries. The wrong-way driver also hit a third car, but the victim in that car did not get hurt.

"Early this week we've had two other wrong-way collisions. In both of those, impairment was a factor. On this one, I'm not sure the reason behind it was, but that's all we can stress is make sure we're checking everybody," said Trooper Montes.

This crash is the third crash of its kind in as many days. The first happened on Sunday when DPS officials say a woman went north in the southbound lanes of I-17 before hitting a car. Early Monday morning, troopers arrested 25-year-old Tanner Wiss for DUI and endangerment after she drove the wrong way on Loop 101 near Indian School.

From January to July 28, DPS officials say 70 wrong-way drivers have been arrested for being impaired. During that same time frame from the beginning of 2019 until July 28, troopers have investigated 32 wrong-way crashes statewide that have killed 15 people.

"Our troopers are out there during the night shifts enforcing, making sure we're getting impaired drivers off the roadway as quickly and as safely as possible, so things like this don't happen," said Trooper Montes. 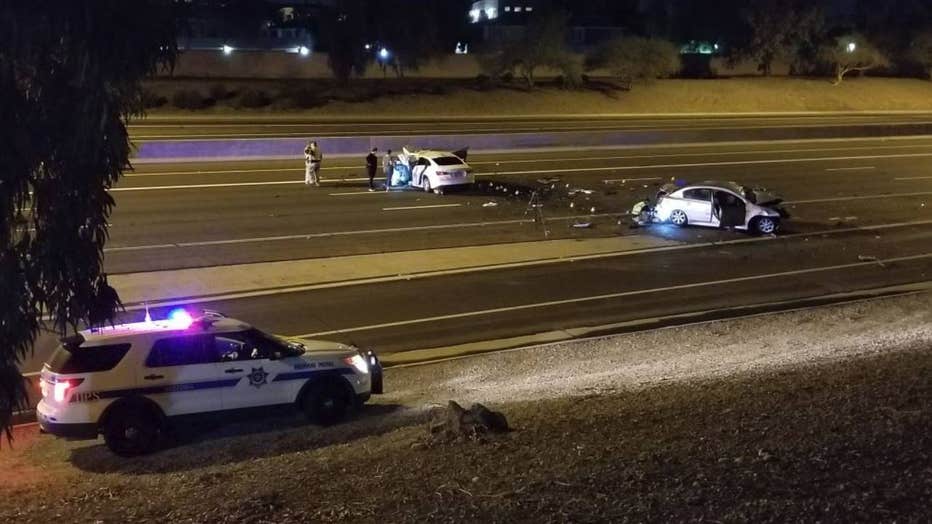