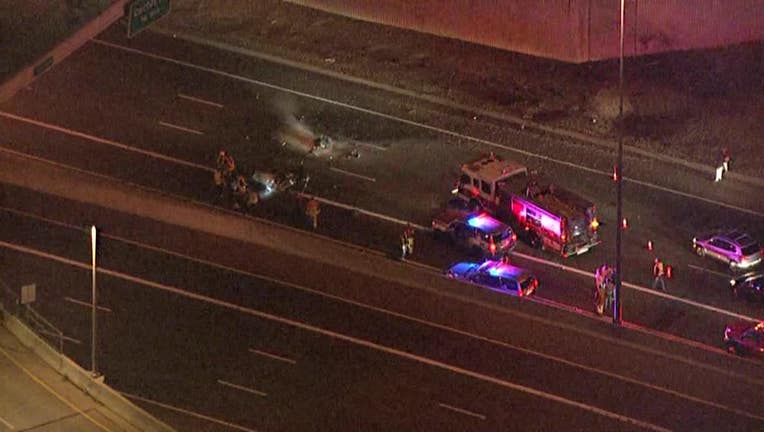 PHOENIX - Officials with the Arizona Department of Public Safety say at least one person is dead following a crash along a freeway in North Phoenix Tuesday night.

DPS officials say the crash happened in the area of State Route 51 and Shea Boulevard. Based on preliminary information, two cars were racing in the area when one car reportedly flipped over and collided with a median wall near the Shea Boulevard overpass.

Eighteen-year-old Felix Cardoza of Buckeye was pronounced dead at the scene.

The driver and passenger of the second vehicle were located by troopers.