DPS: Pedestrian killed in crash on I-17 in Phoenix

PHOENIX - Authorities are investigating a fatal crash involving a pedestrian that happened early Thursday morning along southbound Interstate 17 in Phoenix.

According to the Arizona Department of Public Safety, the crash happened during the early-morning hours of Oct. 28 near Bethany Home Road.

The right lane of the freeway and the on-ramp were blocked for several hours.

DPS has not released any further details on the crash.

Fatal pedestrian crash blocking traffic on I-17 in Phoenix 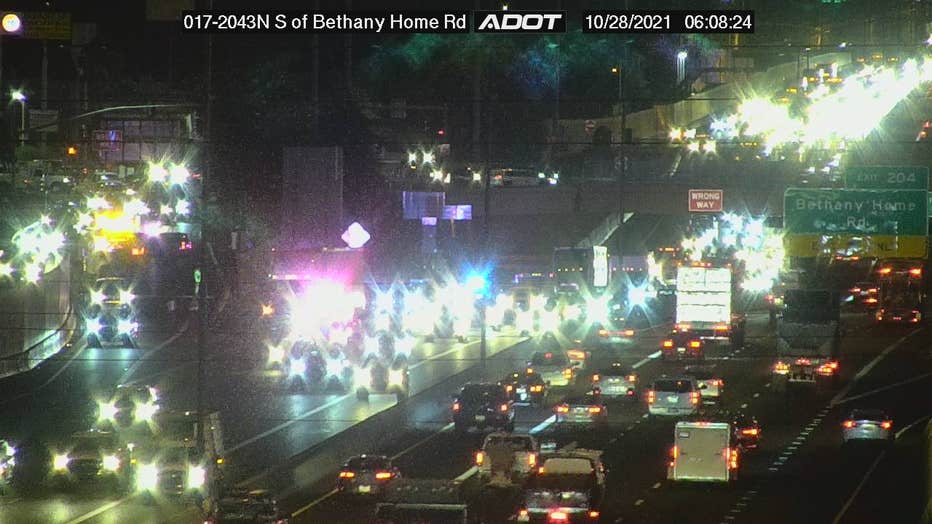