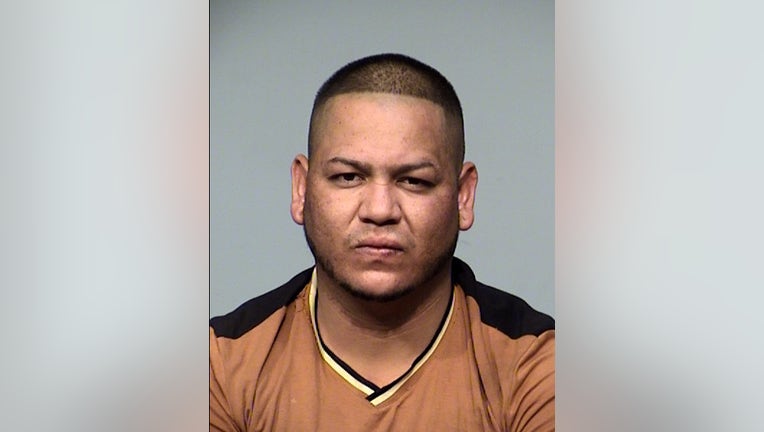 COTTONWOOD, Ariz. - A man has been arrested on drug and assault charges after fighting with police officers in Cottonwood, Arizona last weekend.

Cottonwood police said the incident began on Nov. 7 when a person reported that he was being chased by an "erratic" driver who purposely had tried to hit his car.

When officers arrived at the scene, they found a car matching the suspect vehicle description and spoke to the driver, 27-year-old Raul Esquer-Rodriguez.

Police said Esquer-Rodriguez refused to get out of his car, and when an officer tried to open his car door, he pulled it shut.

The 27-year-old Cottonwood resident reportedly started fighting with officers after they tried to force him out of the car, eventually punching one of them in the face.

"An officer deployed his Taser in an attempt to affect this arrest and Raul was able to remove the Taser probes and continue fighting," officials said.

Officers were eventually able to take him into custody without any other injuries.

Esquer-Rodriguez was booked into the Yavapai County Detention Center on drug possession and aggravated assault charges.