BRUSSELS (AP) - The European Union is recommending that its 27 member countries start lifting restrictions on tourists from the United States.

EU members agreed Wednesday to add the U.S. to the list of countries for which they should gradually remove restrictions on non-essential travel. The move was adopted during a meeting in Brussels of permanent representatives to the bloc.

The recommendation is non-binding, and national governments have authority to require test results or vaccination records and to set other entry conditions.

The EU has no unified COVID-19 tourism or border policy, but has been working for months on a joint digital travel certificate for those vaccinated, freshly tested, or recently recovered from the virus. EU lawmakers endorsed the plan last week.

The free certificates, which will contain a QR code with advanced security features, will allow people to move between European countries without having to quarantine or undergo extra coronavirus tests upon arrival. 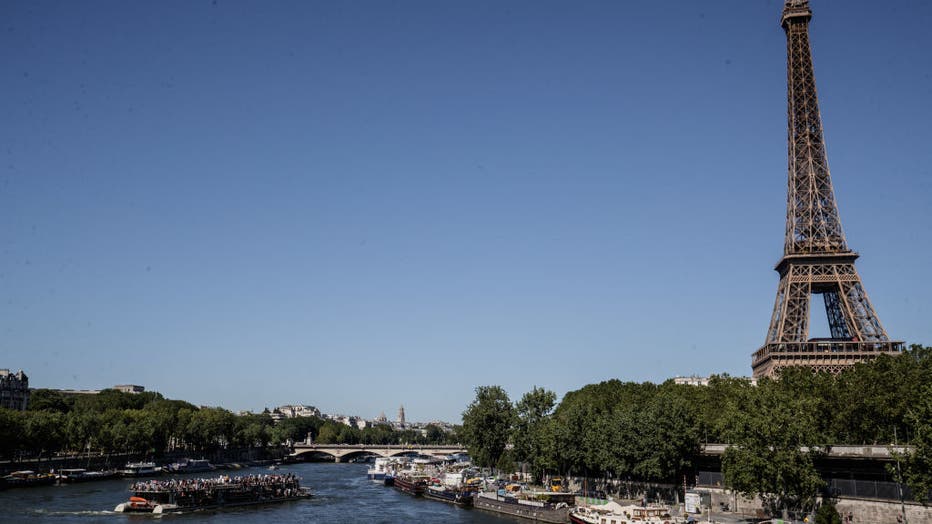 A tourists boat sails on the Seine river near the Eiffel Tower in Paris, on June 13, 2021. (Photo by Sameer Al-DOUMY / AFP) (Photo by SAMEER AL-DOUMY/AFP via Getty Images)

It’s mainly meant for EU citizens, but Americans and others can obtain the certificate too — if they can convince authorities in an EU country they’re entering that they qualify for one. And the lack of an official U.S. vaccination certification system may complicate matters.

Some EU countries have already started allowing in American visitors, though. On the other hand, Belgium's Prime Minister Alexander De Croo said this week a careful and phased-in approach should remain the rule.

"Let’s look at science and let’s look at the progress. Let’s look at the numbers and when it’s safe, we will do it," De Croo said. "The moment that we see that a big part of the population is double-vaccinated and can prove that they are safe, travel will pick up again. And I would expect that over the course of this summer."

In addition to the U.S., the representatives of EU nations added five other countries — North Macedonia, Albania, Serbia, Lebanon and Taiwan — to the tourist travel list. The European Council updates the list based on epidemiological data. It gets reviewed every two weeks.

The representatives also decided to remove a reciprocity clause for the special administrative regions of China, Macau and Hong Kong.

The recommendations are expected to be formalized on Friday.

Mark Carlson in Brussels contributed to this story.