Officials with MCSO say Russell Phillips, a 71-year-old man who spent time in prison for sex abuse and burglary, is arrested once again, this time for the alleged sexual assault of a 79-year-old woman. FOX 10's Justin Lum reports.

SUN CITY, Ariz. - A convicted felon and registered sex offender is back in jail, accused of sexually harassing one woman and assaulting another one in Sun City.

On Sept. 29, one of the alleged victims talked about what happened.

The 79-year-old woman was walking her dog near Highway 60 and 96th Avenue, headed to her condo, when detectives say 71-year-old Russell Phillips preyed on her, using a fake occupation to make a move. The incident, according to court documents, happened on Sept. 22.

"He spoke to me. I spoke back, and he said he had come here to see someone. He was a massage therapist," said the woman. We have chosen to not identify her.

According to officials with the Maricopa County Sheriff's Office, Phillips approached the victim in a white Jeep Laredo, commenting on her dog, her use of a cane, and then offered a massage. Moments later, detectives say Phillips parked, walked over to the victim, and started touching her inappropriately.

"I froze. He caught me off guard. I didn't know whether I should fight him. I kept saying I don't want this," said the woman.

"I just didn't know what to do," said the woman.

Phillips eventually drove off, and the alleged victim reported the sexual assault to MCSO the next day. 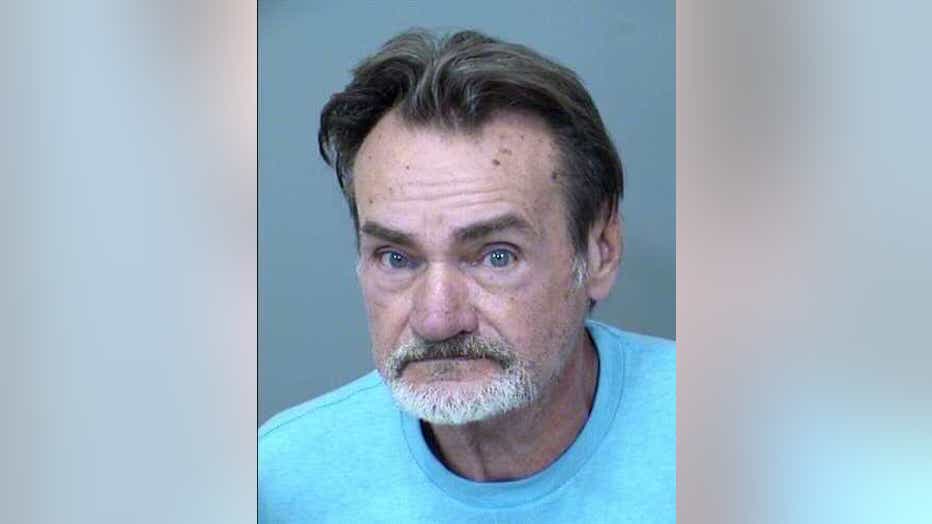 Detective Jeffrey Perez says investigators linked Phillips to a similar incident in May. Court documents reveal another alleged victim, identified as an 80-year-old woman with a cane, encountered Phillips at a Sun City drug store. Detectives say Phillips called himself a chiropractor and offered his services.

Perez said the 80-year-old recognized his way of talking, remembering a phone call from a man who claimed to be a chiropractor the month prior. Perez believes Phillips called her 17 times, asking her inappropriate questions, and showed up at her door.

"Rings the doorbell. She describes it as kind of late, but she knows that a male subject comes up to her doorbell, and takes off,' said Det. Perez.

The alleged victim had already gone to a neighbor's home and noticed a white Jeep Laredo.

"That's how we linked these two cases together," said Det. Perez.

Perez said it is unknown how Phillips got the address and phone number. Phillips is not a licensed chiropractor or masseuse, and records from the Department of Corrections show Phillips was sentenced to prison in 2001 for sex abuse and burglary convictions.

The 79-year-old alleged victim, meanwhile, is just relieved he's off the streets.

"I told my son about this, and he got some pepper spray, so I'm doing things different," said the woman.

Officials with MCSO are asking anyone who may be a victim, or has any information on Phillips, to contact them at 602-876-1000.