One dead in fire near Apache Junction

Rural Metro Fire, Mesa Fire, and Superstition Fire and Medical had responded to reports of a fire in the area and found flames and smoke engulfing multiple buildings.

"The property was heavily burdened with vehicles and debris," said Shawn Gilleland with Rural Metro Fire.

Firefighters reportedly had to deal with a large amount of flammable and hazardous materials while putting out the flames.

One victim was found dead on the property, but their identity has not been released.

The cause of the fire is unknown, and the Maricopa County Sheriff's Office will be investigating after the scene is deemed safe. 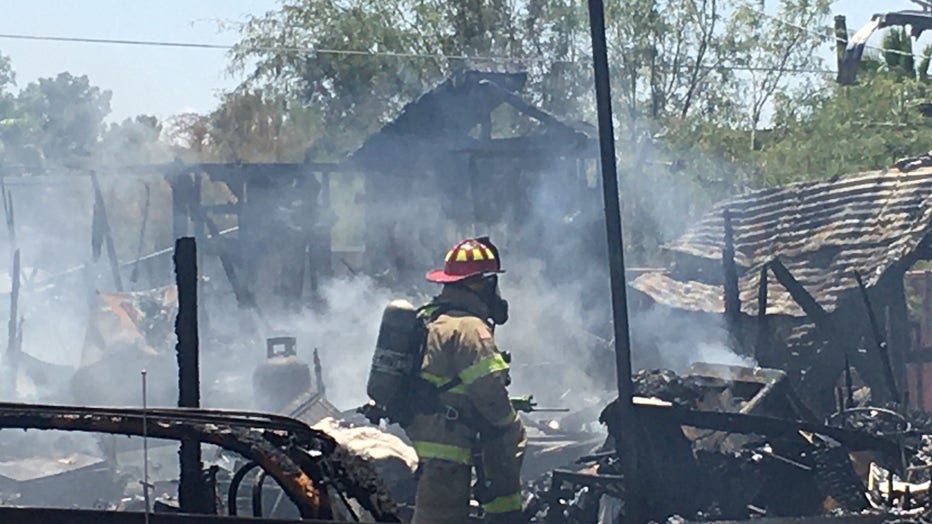