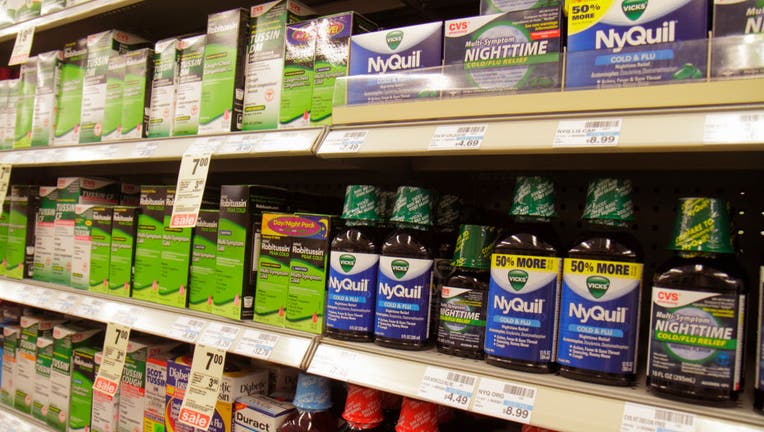 WASHINGTON - The U.S. Food and Drug Administration is issuing a warning following a social media challenge where people cook chicken in NyQuil or other over-the-counter medications.

"The challenge sounds silly and unappetizing — and it is," the agency posted on its website. "But it could also be very unsafe."

Health officials said boiling a medication can make ingredients much more concentrated and change its properties.

They add even if a person doesn’t eat the chicken, the vapors from the medicine could cause high levels of drugs to enter the body and possibly hurt the lungs.

"Put simply: Someone could take a dangerously high amount of the cough and cold medicine without even realizing it," the agency added.

The FDA said its latest alert came after another social media challenge. A TikTok challenge urged people to take large doses of the allergy medicine diphenhydramine to induce hallucinations. That challenge led to numerous reports of teenagers being hospitalized or dying, according to the agency.

FDA cautions parents to keep over-the-counter medications away from young children and to follow the drug facts label to avoid an overdose.

Last year, some students all over the nation started participating in challenges such as the devious licks challenge or the bathroom challenge. It includes everything from filling soap dispensers with urine to vandalizing school property.

That was followed by the "slap a teacher" challenge.

Other dangerous challenges include #MilkCrateChallenge which requires participants to stack milk crates in the shape of a triangle and walk across the top of them until they reach the other side. Several years ago, the Tide Pod challenge involved biting into a detergent packet — which has a candy-like appearance — and either spitting it out or consuming its poisonous contents, all the while recording it

Since February 2020, TikTok has urged users to avoid unsafe trends.

"TikTok prohibits content that promotes or glorifies dangerous acts, and we remove videos and redirect searches to our Community Guidelines to discourage such content. We encourage everyone to exercise caution in their behavior whether online or off," a TikTok spokesperson said in a statement.

The Associated Press, FOX 29 and Jordan Smith contributed to this report. This story was reported from Los Angeles.