WASHINGTON (AP) — Officials will begin assessing security protocols at federal prison camps across the U.S. after a "terrifying incident" this weekend when an inmate obtained a gun and tried to shoot a visitor in the head at a prison camp in Arizona, the director of the Bureau of Prisons said Tuesday, Nov. 15.

Director Colette Peters told The Associated Press the episode that happened Sunday at the Federal Correctional Institution in Tucson, Arizona, was a "terrifying incident to have had happened."

The inmate pulled out the gun, pointed it at the visitor’s head and pulled the trigger, officials said. But the weapon malfunctioned, and no one was injured. The Bureau of Prisons said the weapon had been concealed inside the prison. Officials said the inmate was restrained after the incident and the firearm was seized.

It marked a stunning security lapse and breach of protocol in the largest correctional system in the nation, raising questions about the security practices in place at the agency responsible for more than 150,000 federal inmates.

Federal officials have launched an investigation into the incident. Authorities are still trying to gather details on precisely what happened and working to determine how the inmate was able to obtain a gun in prison.

Sunday’s incident happened at a minimum-security federal prison camp — most of which don’t even have fences and house inmates the Bureau of Prisons considers to be the lowest security risk. Federal prison camps were originally designed with low security to make operations easier and to allow inmates tasked with performing work at the prison, like landscaping and maintenance, to avoid repeatedly checking in and out of a main prison facility. But the lax security opened a gateway for contraband, such as drugs, cellphones and weapons.

"The safety and security of all of our institutions is our top priority, including our camps. And so, what a terrifying incident to have had happened. I am so glad it didn’t have the negative outcome that it could have had given the situation," Peters told the AP.

"We look forward to assessing security protocols at our camps and see if we have changes that we need to make," she said.

The Bureau of Prisons, which has faced myriad crises in recent years, has also struggled to stem the flow on contraband. In 2020, investigators found a loaded gun that had been smuggled into the Metropolitan Correctional Center -- the federal jail where Jeffrey Epstein killed himself. The weapon was found after a weeklong lockdown that led to a criminal probe into misconduct by correctional officers.

An ongoing AP investigation has uncovered deep, previously unreported flaws within the agency, including significant abuse, neglect and leadership missteps. Peters was brought on this summer after the agency’s former director resigned in the wake of AP’s reporting on the agency.

Peters has vowed to bring new transparency to an agency that has long been a haven of secrecy and coverups.

Arizona resident feared dead in shooting near University of Idaho

A quadruple homicide over the weekend left four University of Idaho students dead and we're learning that one of those students may have Arizona ties. FOX 10's Marissa Sarbak has more.

We're seeing more video from an arrest at a Phoenix QT store that's now the subject of an administrative and criminal investigation.

Police are investigating after two teens were shot near 35th Avenue and Northern early Tuesday morning. 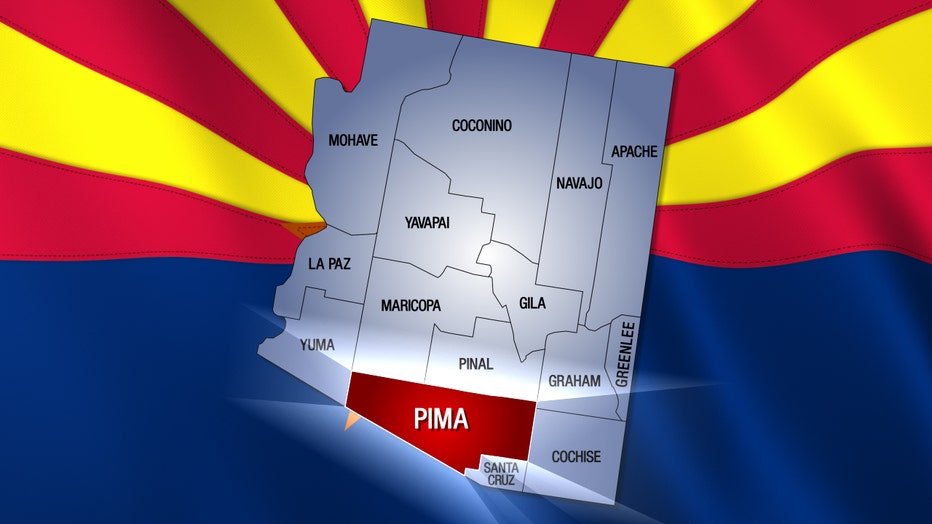