The drive-thru graduation parade has become a hallmark of 2020, but the firepower at Breyana Moore-Davis’ stood out thanks to the brother and sisterhood of firefighters.

MANSFIELD, Texas - Anytime a firefighter is lost in the line of duty, there is an overwhelming show of support from the brother and sisterhood across the country.

What some people might overlook is that the support continues many years after that hero is gone.

There was evidence of that in Mansfield on Saturday.

The drive-thru graduation parade has become a hallmark of 2020, but the firepower at Breyana Moore-Davis’ stood out.

Her accomplishments alone warrant something special, as she graduated from University of North Texas in just three years.

And she plans to pursue her doctorate in forensic psychology. 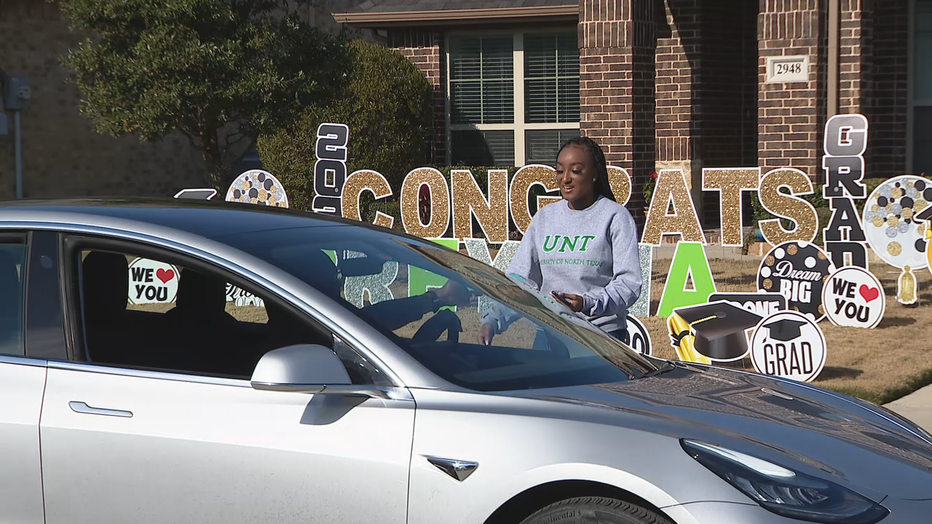 But it is a moment 18 years ago that makes her journey all the more special.

She was just 3 years old in 2002 when her father, Dallas firefighter Vincent Davis, rushed to battle a 6-alarm apartment building fire in Oak Cliff.

“We always say everyone goes home. Even death, everybody goes home. And we say farewell to our friends, we got it from here,” retired firefighter Milton Williams said.

Williams was Davis’ best friend and a fellow firefighter.

“He took his job seriously, and when it was time to fight a fire, he knew the dangers. He knew them very well and he was ready to put his life on the line to save the city of Dallas,” Williams recalled.

With Davis gone, the brotherhood and sisterhood of firefighters stepped in to help celebrate her accomplishment. 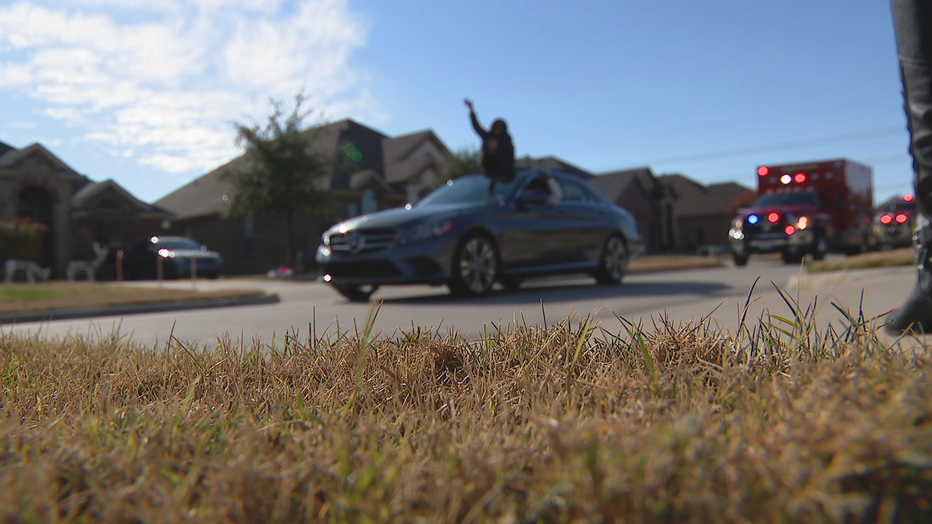 “When you need them, all you've got to do is make a phone call and they're there,” Moore-Davis’ cousin, Albert Patterson, said.

“I'm very proud because I met Breyana when she was three years old, in a pair of red overalls,” Dallas Fire-Rescue Chaplain Elaine Maddox said.

It's proof that once someone is part of the firefighter family, they never really leave.

“It shows how they care and, you know, the brotherhood and stuff that's in the department and when they lose one of their own,” Patterson added.

And it's also proof a hero's legacy doesn't fade.

“I just know he's shining down on me and so proud of me, and so proud of this moment. And I couldn't ask for a better celebration with better people,” Moore-Davis said. “Family will always be here, always.”

He was an All-American high jumper at Illinois State University and was due to compete in the Olympics that the U.S. boycotted over the Soviet invasion in Afghanistan.