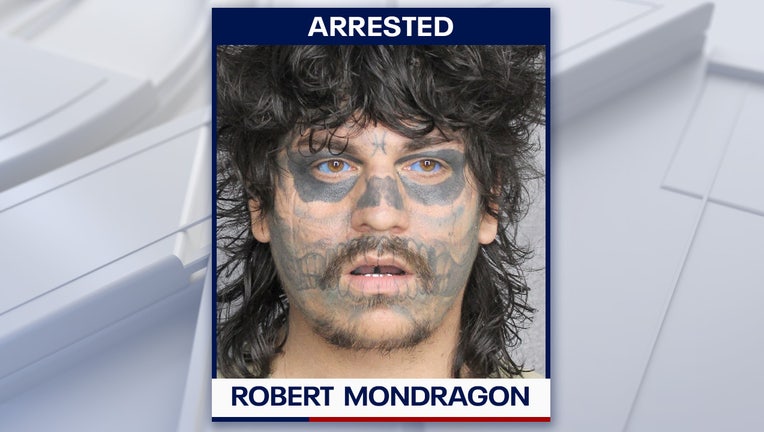 FORT LAUDERDALE, Fla. - A Florida man has been charged with leaving dead animals on three separate occasions at a memorial for the 17 victims of the Parkland school massacre, officials said Friday.

Robert Mondragon, 29, is being held without bail on three felony charges of defacing a monument for his alleged actions outside Parkland's Marjory Stoneman Douglas High School and for violating probation on an earlier conviction for battery and indecent exposure.

Broward County sheriff's investigators said on the night of July 20, Mondragon put a dead, cut-open duck on the bench that is part of the memorial garden outside the school commemorating the victims of the Feb. 14, 2018, massacre.

The next night, Mondragon left a dead raccoon on the bench and on July 31 he left a dead opossum, investigators said.

After he was identified as a suspect, a deputy pulled him over and found blood and feathers in his car. He allegedly told the deputy he had been keeping a dead bird in his car because he liked the smell. He was arrested Aug. 5. 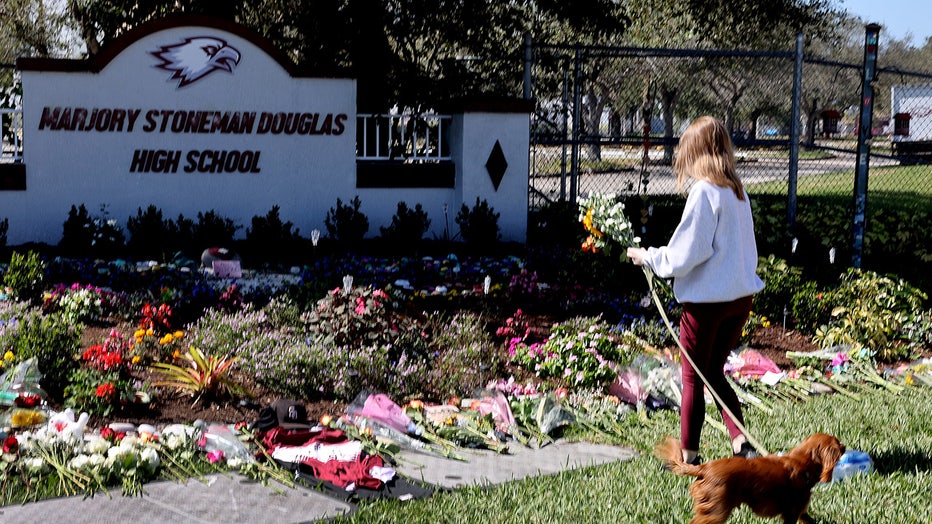 Emma Cabak places flowers on a memorial in front of Marjory Stoneman Douglas High School to honor those killed during a mass shooting on February 14, 2022 in Parkland, Florida. Four years ago on February 14, fourteen students and three staff members

An investigation revealed that Mondragon had an obsession with school shootings and has facial tattoos that resemble Tate Langdon's in "American Horror Story" – a TV series based on the Columbine High School massacre.

"Further concerning evidence revealed that two weeks before the end of the 2021/2022 school year, Mondragon walked the path the MSD school shooter took from the high school to Walmart on Feb. 14, 2018," the sheriff's office wrote.

State records show that in 2018, authorities seized guns from Mondragon under the state's so-called red flag law. That law, adopted after the Stoneman Douglas shootings, allows law enforcement to seek a judge's permission to seize firearms from people who can be shown to be a danger to themselves or others.

Confessed Parkland school shooter Nikolas Cruz's defense attorneys say he often draws in notebooks and on his jail cell wall while in solitary confinement at the Broward County Jail. For the first time, the public is being given a glimpse of his disturbing sketches.

Broward Sheriff Gregory Tony said at a Friday press conference that Mondragon had made numerous computer searches about old school shootings, which makes him fearful that Mondragon may have been planning one himself.

"He fits every classification that it’s coming," Tony said, according to the South Florida Sun-Sentinel. "We’ve been lucky, and luck is not a strategy."

Andrew Coffey, Mondragon's attorney, said Mondragon "had a troubled and traumatic childhood." He said Mondragon was the child victim of a crime that is now awaiting trial, but he declined to give specifics.

In his probation violation charge, he was convicted of approaching a woman and exposing himself and biting a police officer who responded.