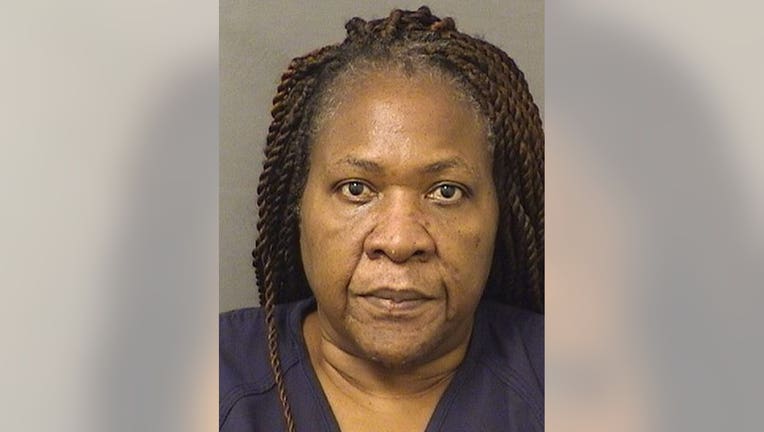 The Palm Springs Police Department said the body of Melvin Weller, 62, was found by the woman's son, Ricardo Anthony Green, 41, who reported it to police, CBS 46 reported. The woman, Joan Burke, 61, was subsequently arrested and charged with his death, officials said.

Blood was on the walls, cabinets, and kitchen counters of the home, police said, ABC 27 reported.

Burke, who was initially arrested on Feb. 11, was found lying on a bed when police arrived at the home and later received a mental evaluation, officials said.

On Sunday, she appeared before a judge in a tele-hearing, officials said, although a motive for the alleged crime was not shared.

After an autopsy, officials believed Weller suffered a severe blow to the head with a meat cleaver, CBS 46 reported.

Burke has been charged with first degree murder and is being held without bond, the New York Post reported.