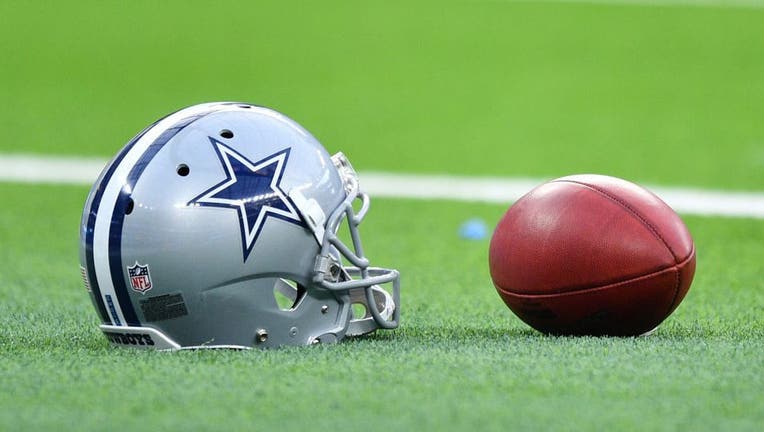 INGLEWOOD, CA - AUGUST 20: A Dallas Cowboys helmet on the field before the NFL preseason game between the Dallas Cowboys and the Los Angeles Chargers on August 20, 2022, at SoFi Stadium in Inglewood, CA. (Photo by Brian Rothmuller/Icon Sportswire via

DALLAS - The Dallas Cowboys are once again at the top of Forbes magazine’s list of most valuable teams in the NFL. They’re also the first NFL team to be worth more than $8 billion.

The team’s value increased 23% or about $1.5 billion over the past year.

Owner Jerry Jones only paid just $150 million when he bought the team in 1989.

Cryptocurrency is a quickly growing industry, and now the Cowboys are taking part in the action by becoming the first team in the NFL to create a sponsorship with a crypto company.

Forbes said attributes most of the increase to television and streaming deals and lucrative sponsorships. For example, the Cowboys have a 10-year, $200 million sponsorship deal with Molson Coors.

The New England Patriots, Los Angeles Rams, New York Giants and Chicago Bears round out 2022’s top five most valuable NFL franchises, with the Washington Commanders falling to the No. 6 spot.