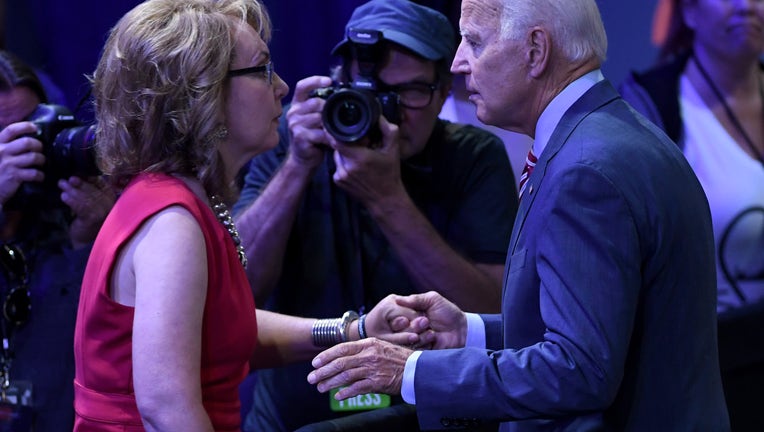 Giffords said Wednesday that Biden was there for her after she was shot in a 2011 assassination attempt, and he's supported her efforts to enact strong gun-control laws.

Biden's campaign has quickly picked up momentum since his decisive win in the South Carolina primary on Feb. 2. Biden is scheduled to debate Vermont Sen. Bernie Sanders in Phoenix on Sunday.