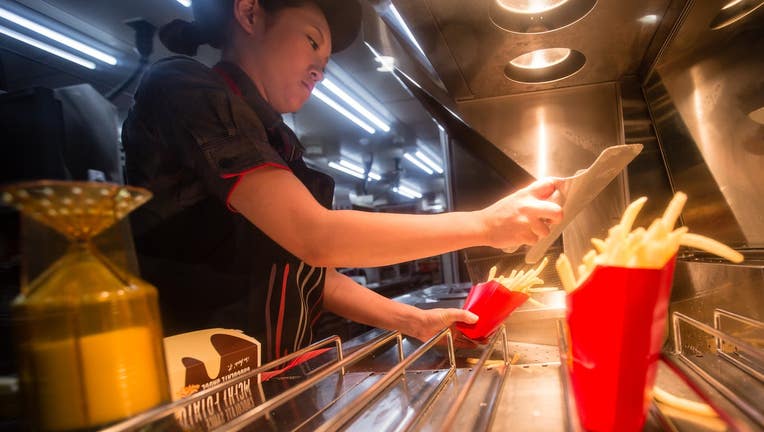 An iconic restaurant brand says some of its Asian stores are limiting customer’s fry orders due to the ongoing supply chain and recent weather issues in southwestern Canada.

The company said significant flooding near the Port of Vancouver in Canada during the tail end of 2021 and January’s inclement weather were both partly to blame for the shortages.

CAUGHT ON CAM: MASSIVE WATERSPOUT FORMS OFF COAST OF VANCOUVER

The famous arches relies on potatoes grown in the Pacific Northwest and Canada, such as the Russet Burbank, Ranger Russet, Umatilla Russet and the Shepody to make its World Famous Fries.

What usually is a short trek out of the Port of Vancouver for the potato products has become a longer ordeal thanks to the active weather.

Areas of the Pacific Northwest and southwestern Canada saw record-breaking amounts of precipitation due to several atmospheric river events from the fall into the winter season.

In November, parts of British Columbia reported seeing nearly two months’ worth of rainfall in two days, which prompted authorities to declare a state of emergency.

Much of the same weather was experienced throughout nearby Washington state, where Seattle reported rainfall on more than 80 percent of days in late fall.

The pattern remained the same well into the winter, when record-breaking rains fell in lower elevations and in the higher elevations, mountain snow was measured in feet instead of inches.

In a rare event, all Cascade highways and passes were simultaneously closed in January because of heavy snow and avalanche dangers.

Despite the adverse weather that has stretched several months, the company stressed there are no impacts to the supply of fries in other markets.

Customers in Taiwan have also reported seeing shortages with some menu items.

McDonald’s Taiwan said because of the shortage of hash browns, it temporarily stopped sales on the popular breakfast menu item.

The company attributed the lack of products on global shipping challenges and said it is working to quickly resolve the issues.