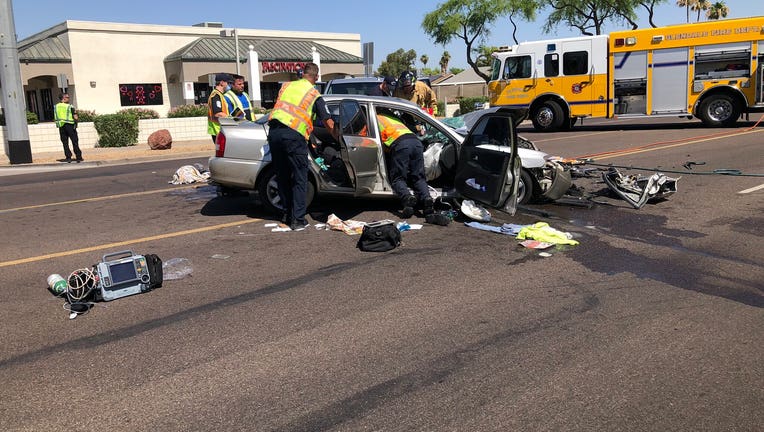 The crash involved two cars, and both drivers were injured. One woman sustained a non-life threateniing injury, while the male driver has hospitalized with serious injuries, police say.